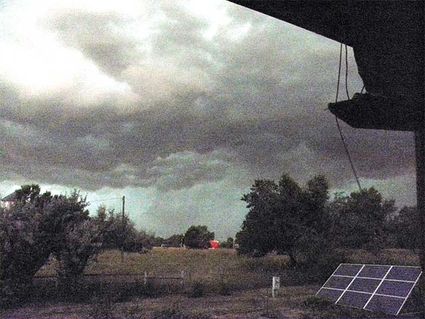 Spring brings with it the chances for thunderstorms, and often these storms have the potential to produce dangerous lightning strikes. Most of us tend to look at lightning as a harmful side effect of storms, but in reality these bolts of electricity provide benefits to our planet. These benefits include assisting farmers by helping plants grow.

Lightning, generally a negatively charged burst of energy, ziz-zags from cloud to cloud or from cloud to ground. The ground has a positive charge, so the positively charged ground attracts the negative lightning bolt, and when the two meet, it produces a strong electrical current. This reaction helps our earth maintain its electrical balance as lightning helps transfer negative charges back to the earth. Without this exchange, the electrical balance between earth and the atmosphere would disappear in minutes.

Lightning helps fertilize plants. Our atmosphere consists of approximately 70% nitrogen, but this nitrogen exists in a form that plant life cannot use. Lightning strikes help dissolve this unusable nitrogen in water, which then creates a natural fertilizer that plants can absorb through their roots.

Lightning also produces ozone, a vital gas in our atmosphere that helps shield the planet from rays of harmful ultraviolet sunlight.

Lightning of course produces tremendous energy and can heat the air it passes through to extremely high temperatures. 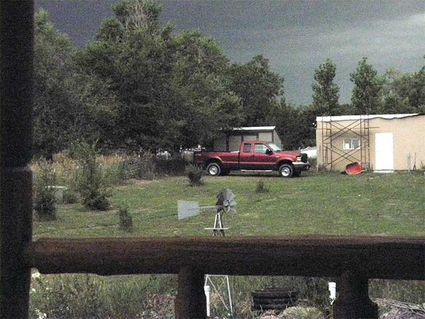 Not all those struck by lightning die, but lightning strikes do kill about 100 people in the US every year. An individual stands a 1 in 3000 chance of being struck by lightning, and yes, lightning can and does strike the same spot repeatedly over the course of time. Records show lightning has struck the same person more than once, with US park ranger Roy Sullivan holding the dubious distinction of having been struck by lightning seven times between 1942 and 1977.

Our thunderstorm season will begin in the near future, with thunder and lightning activity normally increasing through the 4th of July before the storm cycle begins to taper off as summer turns into fall. Remember to respect these storms, and when storms strike, seek shelter. No activity, whether you may be working cows, planting in the field, or working in the garden, should take precedence over a thunderstorm. If you can hear thunder, lightning is in the area whether you can see it or not. Find appropriate shelter and remain indoors until the storm passes.