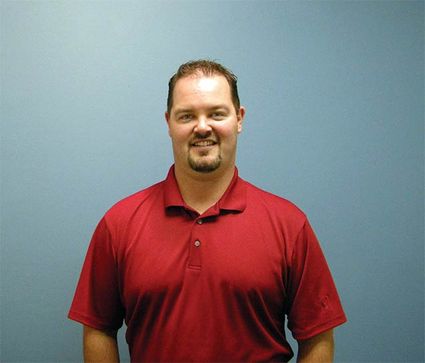 Michael Fink, D.C. has opened Fink Family Chiropractic in the Village Square Mall, Sidney. Fink, the son of Bill and the late Mary Fink, graduated from Sidney High School in 1993 and went on to Concordia College. He graduated from Northwestern Health Sciences University, Bloomington, MN in 2002 with a doctorate of chiropractic. He practiced in Belgrade, MT for two years at a sports oriented clinic where he worked extensively with the local high school doing sports physicals, checking in at practices once or twice per week, and standing by on the sidelines at every home game to help in case of injuries.

In 2004, his son Tristan was born and the growing family decided to move back to Minnesota to be nearer to Fink’s wife’s family and to his brothers, both of whom were attending college there. Fink had his own practice in Minnesota until May of this year when he began fulfilling a long time desire to move back to Sidney. His wife Amy and the children, Tristan, 8, and Hailey, 6, are still living in Minnesota but hope to be here soon.

Fink saw opportunity in Sidney, both for his practice and his children. “I saw Sidney continuing to grow and there was only one chiropractor here. In a similar sized town in Minnesota, there would be six. There’s room for more here,” he said. He also found a different atmosphere in the sports, particularly hockey, in Minnesota. “Tristan was always playing with different kids from different areas. There isn’t the camaraderie there like there is here.” Fink has coached every sport his son has been involved in and plans to coach hockey in Sidney.

In his practice, Fink plans to combine sports therapy, DOT physicals and testing and family chiropractic. In his former practice, Fink conducted DOT physicals as well as random drug and alcohol testing for local bus drivers. He has visited with the new athletic director at Sidney High School and plans to help any way he can there.

Fink Family Chiropractic is open Monday through Friday from 9 a.m. to 6p.m. Saturdays are by appointment only. Call them at 406-433-BACK (2225) or stop by the Village Square Mall at 120 E. Main, Sidney. You can also check out their web page at http://www.finkfamily chiropractic.com.