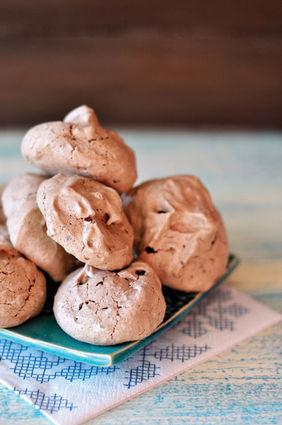 More and more people chose to avoid or reduce gluten in their diet. In fact, Google searches for “gluten” have been trending higher every month. So what is gluten and why are people so interested in it?

Gluten is a protein found in wheat products. When gluten proteins are moistened, they become aflexible network. Basically, gluten is the reason why dough is elastic. It is estimated that 1 in 133 people suffer from celiac disease. Celiac is an auto-immune disorder that can only be treated by eliminating gluten from the diet. In those with celiac disease, consuming gluten causes inflammation in the small intestines. Symptoms can include diarrhea, bloating, abdominal pain, but also fatigue and headaches.

Thankfully, gluten is an environmental trigger, meaning that it can be avoided by excluding wheat-products from the diet. Gluten is found in grains, such as wheat, barley (including malt) and rye. Avoiding these grains can at first be overwhelming, as they are part of our traditional diets. However, there are many alternatives to these grains and their derived flours, such as buckwheat, flax, quinoa, rice, corn or arrowroot. And then of course there are all also a variety of other naturally gluten-free foods, such as beans, nuts, meats, eggs, fruits and most dairy products.

Avoiding or reducing wheat consumption, may also be helpful for people who don’t have celiac disease. A recent study published in the American Journal of Gastroenterology confirmed the existence of non-celiac wheat sensitivity. Individuals with this health problem can suffer from many of the same symptoms as those with celiac disease without having celiac. While it is not clear whether their symptoms are also triggered by the gluten in wheat or by another wheat-component, avoiding wheat can also ease their pains.

For those who try to go gluten-free, baking treats may be the biggest obstacle. So here is a gluten-free dessert. For more resources call Extension Agent Ludmila at 406-433-1206 or e-mail [email protected]

1. Position racks at top and bottom thirds of the oven. Preheat to 300 degrees. Line two baking sheets with parchment paper.

2. Whisk together confectioners’ sugar, ground almonds and cocoa. In large bowl, use electric mixer to beat egg whites on medium speed until soft peaks form. Increase speed to medium high and beat in ½ cup of sugar, one tablespoon at a time and continue beating until stiff peaks form.

3. Beat in vanilla, then use a spatula to gently fold in almond mixture and chopped chocolate.

4. Drop meringues by tablespoonful’s onto prepared baking sheets. Bake for 10 minutes, then reduce oven temperature to 200 degrees and bake for 1 hour more. Cool to room temperature before removing from pans. Store in a cool, dry place. (Source: http://www.foodess.com)