An Evening with Bill Bowers on Thursday, November 7th at the MonDak Heritage Center 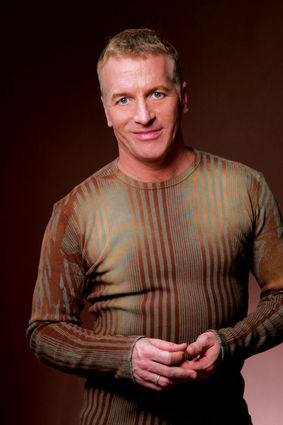 As an actor, mime and educator, Bill Bowers has traveled throughout all 50 of the United States, Europe and Asia.  His Broadway credits include Zazu The Lion King, and Leggett inThe Scarlet Pimpernel, and he has appeared Off Broadway and in regional theatres around the U.S.

Bill has written and performed his own plays Off Broadway and in theaters around the world.   These plays include 'Night Sweetheart 'Night Buttercup, Under a Montana Moon, It Goes Without Saying and Beyond Words.

His play, Heyokah Hokehay, has been produced in Colorado, Montana, Wyoming, and the Edinburgh Festival.

Bill has been hailed by critics as "the most talented American mime of his generation..." winning the Dallas Ft Worth Critics Award, Best of the Berkshires, Best Performance in the International United Solo Festival and the International Fresh Fruit Festival.

He has just returned from the International Edinburgh Festival Fringe in Scotland, the world's largest theatre festival, where he received 5 star reviews.   Earlier this year Bill also was invited to perform at The White House.

"Bill is a wonderful mixture of skill and diligence, humor and heart - a real artist for humans. He makes you laugh and cry and think, all in one swoop. Maybe he's really an angel."   Anna Deavere Smith, Playwright and actress

The Big Sky Series is made possible in part by the Montana Performing Arts Consortium Presenter Development Program which is supported by grants from the National Endowment for the Arts, Montana Arts Council, a legislative grant from Montana's Cultural Trust and WESTAF.