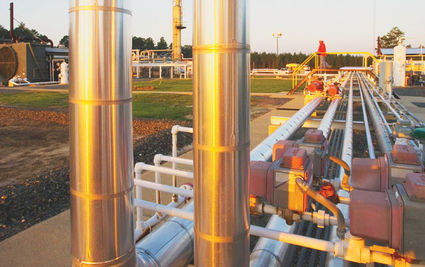 2. Complete a second expansion of the Bakken NGL Pipeline, which will increase the pipeline's capacity to 160,000 barrels per day (bpd) from 135,000 pbd.

Oneok Partners president, Terry K Spencer, stated "Production in the Williston Basin continues to increase with no signs of leveling off or slowing. The new Lonesome Creek plant and related infrastructure will be well-positioned to capitalize on existing Oneok Partners assets and provide producers in the area with essential natural gas processing capacity. These investments are another example of Oneok Partners' ongoing commitment to address natural gas gathering and processing constraints in the region and help reduce natural gas flaring in North Dakota."

The Lonesome Creek plant is expected to cost approximately $320 million to $390 million. When complete, the new plant will be the partnership's largest natural gas processing plant in North Dakota.

In addition to the Lonesome Creek plant, Oneok Partners also expects to invest approximately $230 million to $290 million for related expansions and upgrades to its existing natural gas gathering and compression infrastructure. The Lonesome Creek plant and related infrastructure are expected to be completed by the end of 2015 and will be supported by acreage dedications from producers.

Oneok Partners plans to invest an additional $100 million to install additional pump stations on the Bakken NGL Pipeline to increase its capacity to 135,000 bpd from its current capacity of 60,000 bpd. This expansion is expected to be completed in the third quarter of 2014.

The second expansion of the Bakken NGL Pipeline will cost approximately $100 million and will increase its capacity to 160,000 bpd. This second expansion is expected to be completed during the first half of 2016.