Agriculture Advocate, Amanda Radke, Will Speak at the 2014 Ag Days 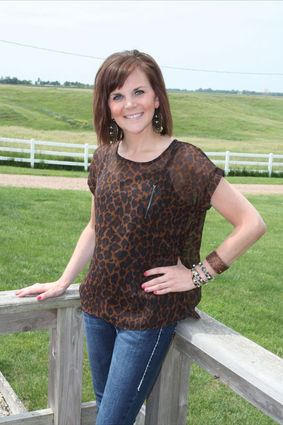 Amanda Radke, blogger, author, Ag advocate and fifth-generation rancher from Mitchell, SD., will be the guest speaker on January 9th, 2014 at the Ag Days banquet in Sidney, MT.

Radke grew up on her family's purebred Limousin cattle operation in SD and is currently active in the day to day operations along side her husband Tyler and her parents. She became active in advocacy for the U.S. beef industry at a young age and continued her passion at South Dakota State University, where she obtained a degree in Agriculture Journalism. She was the 2006 National FFA Extemporaneous Speaking champion, and the 2006 National Beef Ambassador.

In 2006, Radke led a walkout of several thousand members from a Carrie Underwood concert (sponsored by FFA) in protest of the country singer's anti-meat positions and association with the Humane Society of the U.S. She's served internships with USDA's Ag Marketing Service in Washington D.C, and the National Cattlemen's Beef Association in Denver and BEEF magazine. She also provides news and commentary on BEEF Daily.

"Generally, my main message is Ag advocacy - bridging the gap between consumers and producers, how food is produced and how it gets to the dinner table," stated Radke. "It's important we farmers share our story with consumers. It's part of our job description and the beef industry is something I'm proud to be a part of."

Radke strongly believes in reaching out and educating through social media; Facebook, You Tube, etc. and explains in her presentations how producers can effectively do so. Her presentation promises to be informative. She'll raise awareness of issues farmers and ranchers are facing, touch on political things that might impact farmers & ranchers and really bring to light some of the big threats brought to producers.

Radke travels frequently, advocating for agriculture, and she'd love the opportunity to visit with and meet local producers. Be sure to attend the banquet on January 9th, and introduce yourself.