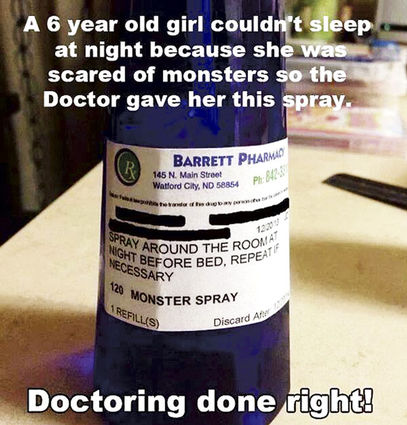 Barrett Pharmacy has been owned and operated by members of the Lundin family for over seven decades. Today, the store still occupies the original location, although the original building was destroyed in a fire in 1922.

The history of the pharmacy is long. It begins back in 1914 when Hilding (Hill) Lundin and his brother Fred built and opened Lundin Brothers Pharmacy. Fred passed away in 1929, after which Hill operated the store on his own until his son, Herbert, returned to Watford City following WWII. Together, they operated the family business for a number of years.

In 1979 the store was sold to Jim Barrett and his wife Adele and then changed hands again in the fall of 1989 when it was purchased by Jackson Dodds and his wife DeLaura. Jackson was a registered Pharm D and DeLaura quilted.

In 1992 Jackson passed away and in May of 2000 their son Jeff, also a registered pharmacist, moved to Watford City to take over the business.

The store has grown in recent years to meet the demands of the community and today employees 18 people.