DNRC's Initial Attack and the economics of fire suppression 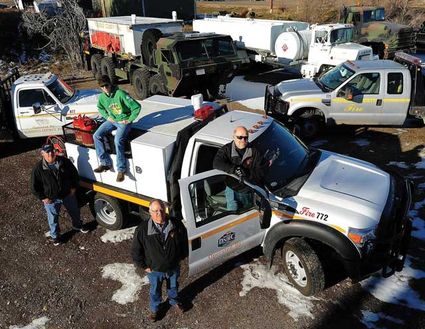 When a wildland fire breaks out on land assigned to DNRC for direct protection, the odds are good that fire will be controlled before it reaches 10 acres in size.

DNRC believes that safe, aggressive initial attack is the best wildfire containment strategy, one that minimizes costs and damages to state and private property. As soon as a fire is reported, DNRC Fire & Aviation crews are mobilizing to fight it. Their goal is to suppress the fire as quickly as possible-typically within the first 24 hours.

A fire suppressed at less than 10 acres carries the lowest possible cost to taxpayers, and the lowest risk to firefighters and the public. As fires grow in size and complexity, the cost of containing them grows exponentially. A recent state legislative audit found the 10-year average cost of suppressing a fire of 10 acres or less to be $4,500; for fires that grew to 5,000 acres or larger, the average was $2.3 million.

DNRC is responsible for ensuring wildfire protection on about 50 million acres of state and private land in Montana. Of that total, protection on 45 million acres is provided by a network of more than 400 volunteer and county fire departments in partnership with DNRC. The partnership is called the County Cooperative Fire Protection Program. All 56 counties are members.

The partnership works as follows: DNRC provides equipment, training, and support with managing and paying for fires that exceed the counties' capabilities. In return, each county develops and maintains a network of firefighting forces to provide Initial Attack on state and private lands in the county.

Every minute counts during Initial Attack. Firefighters, equipment and machinery must perform to a high standard. In Rosebud County during the early 2000s, machinery was an issue; specifically, the fire engines.

At the time, Rosebud County firefighters were using a fleet of Dodge crew cab engines that dated back to the 1960s and 70s. Before they were rebuilt to serve as wildland fire engines, the vehicles were federally-owned and used on Air Force bases.

"They must have sat around a lot," says Doug Martens, Rosebud County Commissioner, "they had rust in the fuel tanks."

Sometimes the vehicles refused to start. The driver of one engine kept a case of fuel filters on the front seat. "He knew if it wouldn't start the fuel filter was clogged with rust, so he'd throw in a fresh one," Martens says.

Rosebud County wasn't alone in making do with old machinery. In 2005, the average age of a county fire engine in Montana was 42 years. A few counties were using military surplus vehicles from World War II.

"We would take a strike team out on a fire, and it seemed a given that one of the vehicles was going to be towed back," Martens says.

Beginning in 2005, DNRC launched a major effort to aid counties in modernizing their fire engines. The Montana Legislature approved $500,000 in annual funding to build new fire engines for counties. DNRC also received a one-time allocation of $1.25 million in Fiscal Year 2009.

In all, the state has invested $5.25 million to date on development of new county fire engines. The average age of a county fire truck has decreased from 42 years to 22 years. Today there are 364 engines and water tenders in the County Coop Program, positioned for Initial Attack in every Montana county.

Rosebud County's firefighting equipment now includes six DNRC-purchased Type 6 engines. Not only do they start when needed, their capabilities are superior.

"The water capacity is more than double the old units," Martens says. "The old engines held 200 gallons. The new ones carry 500 gallons. It's almost like having two engines in one."

With reliable machinery and greater capacity, county fire crews shorten their response time. They're more efficient and effective at putting a fire out. Reliable equipment with the newest technology and added water capacity has another critical benefit: it provides safer working conditions for firefighters.

Since 1980, fire seasons in Montana have grown approximately 77 days longer. If the new engines enable county firefighters to suppress three more wildfires before they reach 5,000 acres, the savings will more than cover the state's investment. The other savings – in averted damage to homes and businesses, infrastructure, agricultural crops, and other natural resources-are even larger.

Go to http://www.dnrc.mt.gov for more information on DNRC's programs and services.