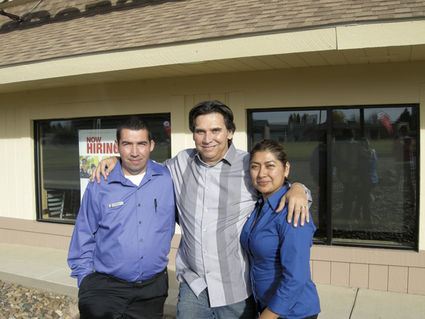 McDonalds in Sidney has been a very busy place the last two weeks. New owners Robert Kenney, his wife Karina and son Robert Jr. opened the restaurant Monday morning, October 13 and welcomed customers anxious for breakfast and a McCafe.

"Sales were quadruple what we expected," Robert Sr. said enthusiastically. "We are very thankful the community has welcomed us and shown their support by coming to the restaurant."

Owning a McDonalds restaurant is something Robert Sr. has always wanted. He started at a McDonalds in California when he was just 16 years old. "When the owner-operator hired me, I thought it was the most exciting thing in the world," he said. He also learned about McDonalds standards back then and has worked hard at maintaining those standards ever since. "I cleaned the lobby and thought I had done a great job. The manager said it might be clean enough for most people, but not for McDonalds. They taught me the standards."

Karina and Robert Jr. also have extensive experience with McDonalds and Robert Sr. is obviously proud to have them by his side. "She is a blessing," he said of his wife. "And my son is here with me from open to close. He could be anywhere else but he is devoted to family."

Kenneys are very family oriented and extend that to their employees. "I believe that if you take care of people, people will take care of you. They (the employees) are the reason we're going to be successful," Robert Sr. said.

The response from the community has been overwhelming and Kenneys are very appreciative. However, with a new staff, the restaurant is not quite up to the performance level they would like. "We want to thank people for their patience and understanding as we continue to improve our service to you," Karina and Robert Sr. said.

"We're very thankful. We love this community," he added. The Kenneys' philosophy of giving back to the community matches that of McDonalds. "We want to be a good neighbor. We want to treat our customers the way they should be treated and go beyond their expectations." 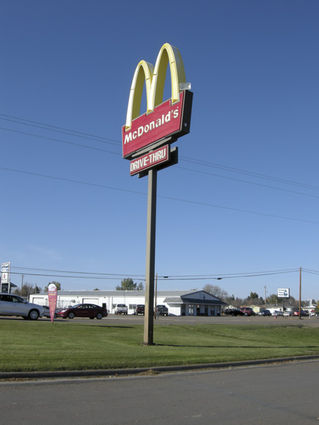