It All Connects Back To Healthcare For Executive Director Of The Foundation For Community Care, Gina Heckey 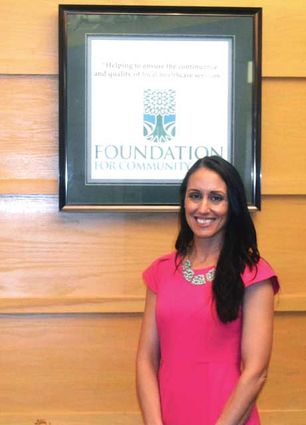 Gina Heckey began working at the Foundation for Community Care in 2013 as the Fundraiser Coordinator.​

In March, Gina Heckey accepted the Executive Director position at the Foundation for Community Care. Heckey began working at the FCC as the Fundraiser Coordinator in April of 2013 and was recommended for her current position by the previous Executive Director.

Originally from Colorado, Heckey graduated with a degree in International Business and International Studies and lived in Kansas City, MO for ten years working with non-profit organizations such as Ronald McDonald House and Big Brothers and Big Sisters on both a volunteer and staff level.

She moved to the area in 2013, relocating to Sidney at the prompting of her now husband Barry Heckey. The two bought a home in 2014 and are happy to be a part of the community.

As the Executive director, Heckey is responsible for overseeing the day-to-day operations of the Foundation and getting their mission statement into the community. She serves as a liaison between donors, businesses, and board members, helping to form partnerships between people with common interests and goals. She is focused on community involvement and engaging the next generation in that involvement. Currently she is working to give familiar fundraisers a different 'look'.

"There have been so many changes in the community so why do everything the same way we've been doing them for the last 30 years," she said.

Heckey also serves on the Administrative Team at Sidney Health Center and spoke about the importance of healthcare in the community as well as in her personal life; she is a yoga instructor at HealthWorks and is on the Richland County Nutrition Coalition.

One of the Foundation's new and quickly approaching events is the 2nd Annual Ribbon Walk to be held June 19th. This event will raise funds for the Cancer Center and the Cancer Coalition, which helps with living expenses for those receiving local cancer treatment. There will be a butterfly release at the Sidney High School track at 6:00 pm; this is a new addition since last year. Heckey explains that Relay for Life is greatly supported and raises funds for cancer research on a national level, but that there was an expressed interest to also raise money that would stay within the community. Responding to community feedback, the Ribbon Walk was organized.

To find out more about the Foundation for Community Care, the Ribbon Walk, other annual events, or for more information on how you can get involved go online at http://www.foundationforcommunitycare.org, visit their Facebook page at Foundation 4 Community Care, stop in to visit with them at 221 2nd St. NW, Sidney, MT, 59270, or contact them at 406-488-2699 or 1-800-331-7575.

"A culture of giving and a culture of philanthropy benefits everyone," Heckley commented. "Giving is giving."