Super Valu In Fairview Is Under New Ownership 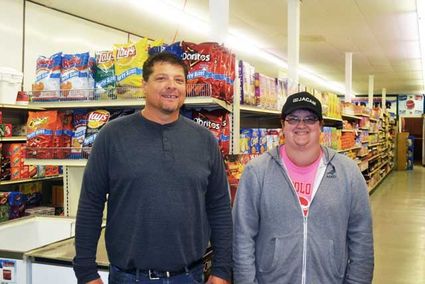 On April 30, 2015, Fairview native Tim Neu officially became the owner of the Super Valu grocery store in Fairview, MT. Neu had been a business owner in Florida, where he had lived for fifteen years before moving back to his home town in 2009 and working with his brother, owner of Neu Construction.

"I enjoyed having my own business and the store had been for sale for about a year. A grocery store is something that every town needs and there is a lot of potential for growth," he said about his decision to purchase the store. "There are approximately 1,000 mailboxes in the Fairview area and if the average household has three people, then you definitely have an area with a need for a grocery store."

New check-out lanes, scanners, and a point of sale system will be in place the week of June 22nd and the community is invited to stop in during their Customer Appreciation Days leading up to Old Timer's Festival, July 18th. Beginning Monday, July 13th, there will be a week-long outdoor produce sale. Stop in and enjoy a cup of complimentary coffee and cookies made in their full-service bakery.

Upcoming plans for the landmark building include new coolers, produce and meat cases, and the addition of a deli with a grab-and-go section to include pre-made sandwiches and wraps as well as some hot food options such as rotisserie chicken.

Neu is pleased to maintain the same great staff including Store Manager Pam Hoover. Hoover has worked at Super Value for 15 years and makes all the bakery items daily.

Renovations to the nearly 100 year old building will be complete this fall; the landmark building was originally a coal and lumber yard.