A time set aside by community members, former residents and past school graduates to gather for a weekend of festivities! The Old Timer's Festival features events for the entire family. This year, Fairview School celebrates 100 years with an All Class Reunion. A variety of activities will be held the third weekend in July at Sharbono Park, which is located on the east end of town on Highway 200. Please remember, there are no pets in the park during festival weekend.

Fairview School will be featured on the 69th Festival button. Larry Denowh, owner of Advanced Communications in Sidney, offers a limited number of buttons for only $1. Button wearers get Saturday's lunch for free; it also will allow you free entrance into the Missouri-Yellowstone Confluence Interpretive Center and Ford Buford State Historical Site on Saturday and Sunday of Festival weekend. Each year a different honoree is depicted on the button. The festival buttons can also be purchased at most Fairview businesses the week prior to festival for $2.

Festival activities begin Thursday, July 16th with an all school social held at Fairview School from 6:00pm – 9:00pm. Friday, July 17th at 5pm there will be Hamburgers in the park.

Saturday, July 18th at 11:00am, the blue & gold (Fairview school colors) themed Kiddie Parade begins. Youth involved with the parade should line up at the Mon-Dak Clinic at 10:30am. Remember, all motorized vehicles must be operated by a licensed driver. From 11:30am to 12:30pm those involved with the Grand Parade will need to meet on State Street for parade registration; again, a blue and gold theme is encouraged.

Lunch will be served at 11:30am and the Grand Parade will kick off at 1pm. Following the parade, the program in the park will be held at the gazebo. The annual duck race fundraiser will start at 4:00pm. Saturday will also offer a car show, rides from Richland County Transportation to and from Fairview School, extended hours at Fairview pool and frisbee golf at Sundheim park. To end the day, a multi-generational community social will be held at the Fairview High School at 6:00pm and the Cold Hard Cash Show (free to the public) at 7:00pm.

Take in some (or all) of this year's festival and reunion events. The Fairview Old Timer's Festival is one of the many reasons why eastern Montana is a great place to live and visit. 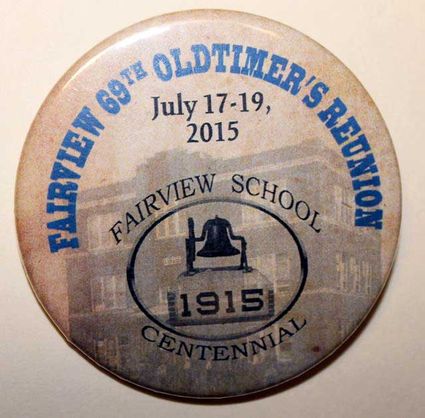