Veterans from the Jacobson Family 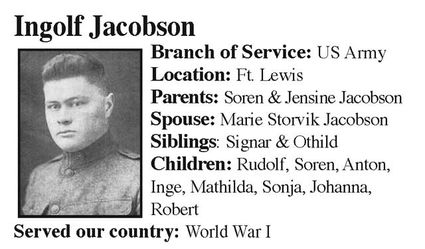 Ingolf was born in Gimsoy, Lofoten, Norway in 1894, came to the United States in 1912. He became a United States citizen and showed what a privilege it was by joining The United States Army as the US was involved in World War I. He assisted countless migrants to study for the citizenship tests so they could also have that privilege. He placed a homestead on property bordering the Missouri River north of Nohly, Mt. After he was discharged he owned and operated Ingolf Jacobson General Merchandise at Nohly, MT. 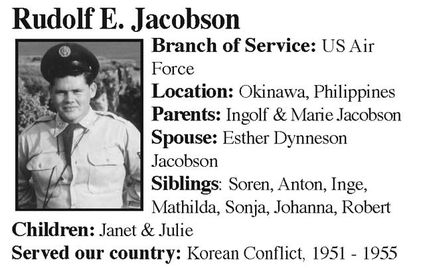