Saddle Up Opened Sidney Store in the Summer of 2015 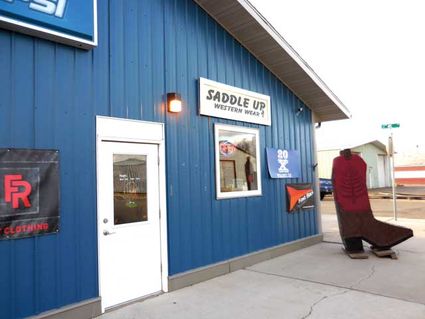 Watford City western footwear & apparel story Saddle Up opened a new store in Sidney in May 2015. Store owners Mark and Dori Sparby opened the new store due to the request of Sidney residents that were traveling to Watford City to purchase western apparel that was not available in Sidney.

The store has had great success this year and the Sparby's also opened a store in Dickinson, ND in 2015. They also have plans to open other stores in additional cities in North Dakota, Montana and South Dakota soon.

Saddle Up is located in the M3 Meats building at 703 East Main, Sidney. Their phone number is 406-433-2629 & web address is saddleupsaddlesandtack.com.