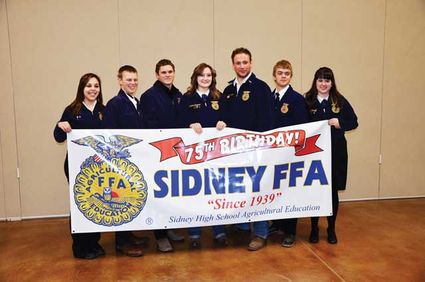 It takes a special brand of man to start from very little, seek the knowledge he needs to begin a lifelong career, and begin without hesitation. Ethan Chamberlain, 21 years old of Sidney, MT, is a Factory District grower for Sidney Sugars. He farmed 75 acres this past year with a crop that averaged 30 tons per acre.

Chamberlain, born and raised in Sidney by Tony Chamberlain and Wendi Chamberlain, began working as a farmhand while attending Sidney High School. While he was in school, he was a member of the FFA and on the Honor Roll in his senior year. Gaining the knowledge and passion he needed to farm sugar beets for himself, he got started right away after graduating high school in 2014. He began buying farm equipment at auctions, hoping to find a plot of land. "If the chance came up, I was gonna take it," said Chamberlain.

Chamberlain knew that farming, in most cases, is a family operation. Furthermore he knew that he had only himself to rely on, with advice from neighbors and former bosses to guide him along. "I had to ask a lot of questions along the way." 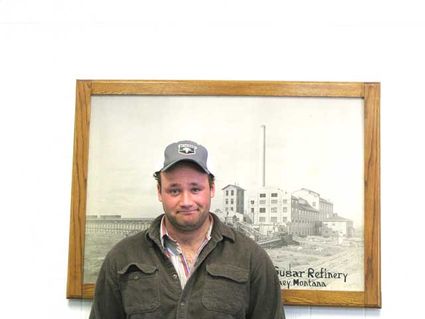 There were challenges upon getting started last year, including finding land to rent, which he eventually found in the Factory District east of town, and vehicle troubles during harvest. "I had a lot of truck problems. We had to throw a lot of beets off the back of the truck." Chamberlain said, laughing. "It was still a lot of fun."

He was able to hire three employees this year, two truck drivers and a defoliator operator, one of whom was his dad Tony. His grandmother, Carolyne Steinley, aunt Vanessa Olson and mother Wendi were also on hand to keep the men well-fed. "Cookies and sandwiches were greatly appreciated." His crop this year averaging just over 30 TPA, he considered half to be average and the other half to be better than he ever could have hoped.

Chamberlain plans on continuing to farm, and finds a great deal of satisfaction in his work. He reflected on why he chose to pursue farming, and commented on his days as a hired hand, "It was some of the best times I ever had."