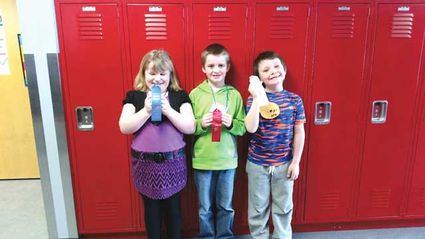 McKenzie County conducted its annual spelling bee under the direction of Carol Kieson, McKenzie County Supt. of Schools. The competition was held Wednesday, February 22 at Alexander Public School, hosted by Superintendent Leslie Bieber and her staff. The 2017 State Spelling Bee will be held in Bismarck March 20 at the Ramkota Inn. The North Dakota Masonic Foundation, The North Dakota Association of County Superintendents, and the North Dakota Newspaper Association co-sponsor the State Spelling Bee. The State Bee is affiliated with the National Spelling Bee which will be held in Washington, DC, May 21-May 26 and to which the co-sponsors will send the state winner.

Each county is allowed two entries in the state competition. All contestants compete in a written round of 50 words from which the finalists are chosen. The finalists compete on an equal basis in an oral spelldown with first, second and third place winners being chosen.

Counties adopt plans for their own competitions. McKenzie County's Grades 1-5 take a written test of 25 words. Grades 6.7&8 follow the national rules and are given a test of 50 written words. The top 3 spellers from the 6th, 7th and 8th grades compete in the oral spelldown.

The first three places in each grade are as follows:

(Go to roundupweb.com for photos) 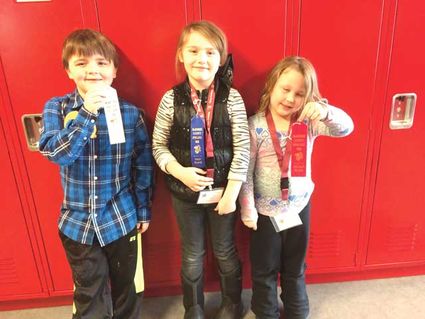 The top three spellers in grades 6,7,&8 advance to the oral finals. Those nine participants draw for position in the oral spell down. Each speller then spells five words in each round. The top two spellers will advance to the state competition, with 3rd place being the alternate.