Edwards Admits to Drug Trafficking in the Bakken 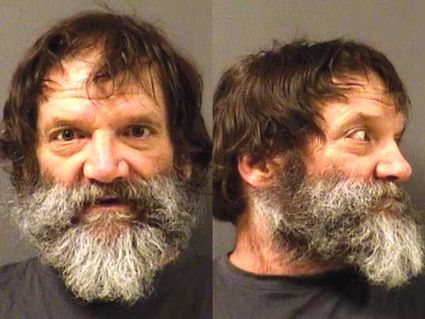 In June of 2015, Montana and North Dakota U.S. Attorneys announced the creation of the Bakken Organized Crime Strike Force, which has jurisdiction in both western North Dakota and Richland County, Montana. The goal of the strike force was to create a multi-agency solution to growing crime problems in the Bakken Oil Field, and mitigate some of the problems usually contained to larger metropolitan areas that were perceivably coming to the Bakken due to what was, at the time, an oil boom. Recently, the Bakken Organized Crime Strike Force was able to make an important drug-related arrest.

According to the U.S. District Court in Billings, a Montana man admitted to trafficking drugs in the Sidney area, after having been arrested in a "controlled buy" conducted by law enforcement earlier in 2016. Thomas Gene Edwards, 55, pled guilty with the intent to distribute Methamphetamine on March 30. Edwards signed a plea agreement to dismiss other charges, in exchange for a recommended sentence of between eight and twelve years, although he faces a minimum sentence of five years, a maximum of forty years, and the possibility of a five million dollar fine. According to reports, Edwards was accused of providing pounds of Meth to the Bakken area, a sizable amount of the illegal drug.

As alleged, Edwards was receiving his methamphetamine not from private local production, but from Mexico. The concern regarding the source of the methamphetamine is due to the possibility of increased crime activity that often accompanies drug cartels that produce the drug in "mega-labs" and traffic it north of the American border, as far as Canada.

According to Richland County Under-Sheriff, Bob Burnison – a 42 year veteran of the Sidney Police Department – the cooperation between local law enforcement and the FBI field office is often pivotal in such arrests.

"The Sheriff commends local law enforcement for this arrest," Burnison said. He added, "The Sheriff Department feels that the presence of the FBI field office has greatly helped us by providing us resources and additional manpower in assisting us in both drug investigations and other investigations."

Burnison told The Roundup that the FBI has assisted the Richland County Sheriff's Department on a wide array of law enforcement activities, particularly those that rise to the level of felony.

"They've helped us do searches. They've helped us retrieve evidence. So, they have been very assisting. They've also put on training," Burneson claimed. Also, according to the Under-Sheriff, the alleged crime does not have to rise to the level of a federal offense in order to help local law enforcement, and that they regularly help to assist in investigations, "both with expertise and manpower."

"The FBI can reach out to other agencies much faster than we can, in terms of information," Burnison said. "They have assisted us and the police department in all the investigations in which we have asked for help, bringing expertise to the table that we may not have."

The arrest of Thomas Gene Edwards for trafficking methamphetamine into Sidney doesn't necessarily mean that the threat of trafficked drugs is over, as Burnison readily admitted.

"We have seen a decrease in some things, but we have seen certain crimes increase. Drug investigations have remained relatively steady, however," Burnison asserted. He continued, "We know that a major role of bringing drugs into the United States, especially methamphetamine comes from south of the border, and there are definite ties to Mexico," and said that even though local production seems down, it is still available in the local area, mostly from importation.

When asked how a citizen of Richland County could better understand the relationship and official agreements between the FBI and local law enforcement, Burnison said that one would have to speak to the Sheriff directly.