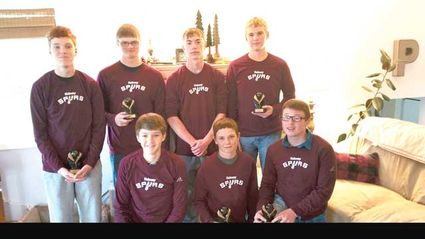 The Sidney Spurs 8th Grade Traveling Team recently concluded their 2017 Traveling Basketball season. They participated in five (5) tournaments from the middle of March to the middle of April, winning two (2) tournaments and placing in two (2) others. The trophies they are holding from this recent picture were won at the Dickinson Spring Optimist Tournament on April 9th. The Spurs would like to thank Reynolds Market and Healthy Smiles for sponsoring the team this year.