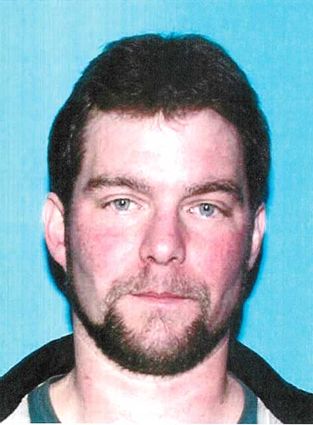 On September 23, 2016 a Warrant Upon Information was issued out of Montana Seventh Judicial District Court for the arrest of Kevin Lawrence Lasher for Felony Theft. On October 18, 2016 a Bench Warrant of Arrest was issued for Kevin Lawrence Lasher out of Sidney City Court for Failing to Appear and Comply with Court Orders. Crimestoppers would like to remind everyone that it is a crime to knowingly harbor a person that is wanted by a law enforcement agency.

Kevin Lawrence Lasher is 51 years of age, White Male, 5'7", 185 lbs with blue eyes and brown hair. On September 23, 2016 a warrant was issued out of District Court for the arrest of Kevin Lawrence Lasher for Felony Theft, this was issued after the Richland County Attorney's Office filed a Information stating that on or about August 5, 2016 Kevin Lawrence Lasher obtained or exerted unauthorized control of property of over $1500.00 from a local business in Richland County. Bond was set by the judge at $1,000.00. On October 18, 2016 a bench warrant was issued out of Sidney City Court for the arrest of Kevin Lawrence Lasher for Failing to Appear in court on October 17, 2017. Original charges were traffic offenses of Driving while Suspended, Insurance violation and operating a vehicle when not properly registered. Bond set at $1,000.00 by the judge. Lasher was born in the state of Washington and records shows that he has been living in both Washington and Montana. In 2016 he was living in Sidney and information also show that he had been living in Bozeman, Montana. Both Warrants can only be served in-state Montana Only.

If you have any information about Kevin Lawrence Lasher, you are urged to call CRIMESTOPPERS at 433-6666 Monday through Friday between 8:00 AM and 5:00 PM. You can also contact Crimestoppers in Richland County anytime (24/7) by going to our New Crimestoppers website at http://www.richlandcs.com then going to Submit a Web Tip or by texting the code "CSRC plus your message to: 274637 (CRIMES). You can also contact the Richland County Sheriff's Office at 406-433-2919 or Sidney Police Department at 406-433-2210.