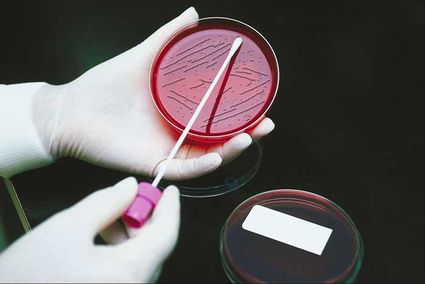 State and local public health agencies are investigating several reports of E. coli O157 illnesses likely linked to chopped romaine lettuce sourced from the winter growing areas in Yuma, Arizona. Three cases in Montana are confirmed to be linked by laboratory testing to a multi-state outbreak and four more are suspected and further testing is pending.

Symptoms of E. coli O157 infection vary for each person, but often include severe stomach cramps, diarrhea (often bloody), and vomiting. Some people may have a low fever, (less than 101˚F/38.5˚C). Most people get better within 5 to 7 days.

Some infections are very mild, but others are severe or even life-threatening. Most people with a E. coli O157 infection start feeling sick 3 to 4 days after eating or drinking something that contains the bacteria. However, illnesses can start anywhere from 1 to 10 days after exposure.

• Consumers anywhere in the United States who have store-bought chopped romaine lettuce at home, including salads and salad mixes containing chopped romaine lettuce, should not eat it and should throw it away, even if some of it was eaten and no one has gotten sick. If you do not know if the chopped lettuce is romaine, do not eat it and throw it away.

Advice to Restaurants and Retailers:

• Restaurants and retailers should ask their suppliers about the source of their chopped romaine lettuce.