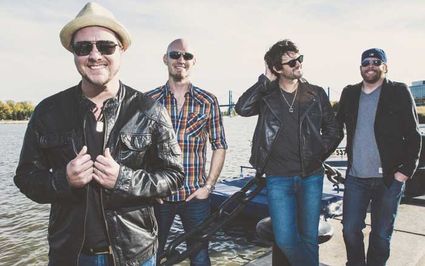 The Eli Young Band, self-proclaimed modern country music "misfits", is comprised of singer Mike Eli, guitarist James Young, bassist Jon Jones and drummer Chris Thompson. After building a grass-roots fan base in Texas in the early 2000s, the Eli Young Band hit the bigtime with number one singles "Crazy Girl", "Even if it Breaks Your Heart", and "Drunk Last Night", as well as Platinum and Multi-Platinum certifications and Billboard Awards and an American Country Music trophy for Song of the Year. If you haven't heard the Eli Young Band on Sirius XM yet, you may recognize their unique country vibe from appearances on ABC's "The Bachelor", or "Nashville", or the CW Network's "Hart of Dixie". The band has also appeared on TODAY, Late Night With Jimmy Fallon, and Jimmy Kimmel Live!, and has performed at both the CMA and ACA Awards.

Most recently, the band has released FINGERPRINTS, with eight of the 11 tracts penned by the band members themselves. The band has returned to a live-show-first mentality, focusing on ringing guitars, driving bass lines, thundering drums, and genuine vocals-all leading to a one-of-a-kind, unforgettable live experience. To see more of the Eli Young Band before the show, visit http://www.EliYoungBand.com.

The Richland County Fair & Rodeo is one stop on the legendary Nitty Gritty Dirt Band's 52nd year together. Band members Jeff Hanna, Jimmie Fadden and Bob Carpenter are considered iconic and profoundly influential in country music, serving as the catalyst for the country rock and American roots music. They have Multi-Platinum and Gold records, and top ten hits such as "Fishin' in the Dark", and "Mr. Bojangles", which was inducted into the Grammy Hall of Fame in 2010, as well as many Grammy and CMA awards and nominations. Nitty Gritty Dirt Band has played to sold-out crowds at The Historic Ryman Auditorium, and many other iconic venues. On Saturday, August 4th, Nitty Gritty Dirt Band will bring their own unique live show to fair-goers at the Richland County Fair & Rodeo.

Don't miss out on this once-in-a-lifetime opportunity to see these two country music icons at the Fair this year. Ticket packages are available for $75 during the pre-sale, from now until July 27th. For concert tickets only, pre-sale reserved tickets are $55, and festival seating tickets are $50. After July 27th, ticket prices bump up $5 per ticket. 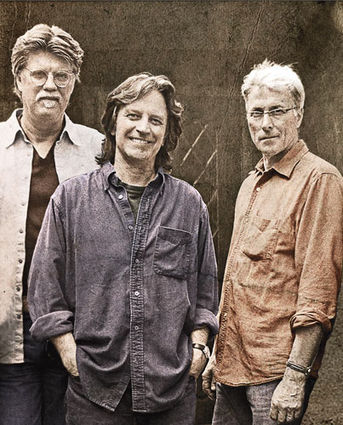