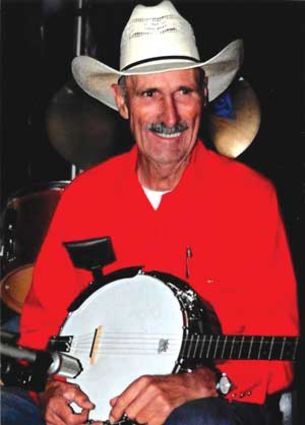 William Richard Lewis, 86, of Hay Draw, ND, was born to David and Elsie (Leutscher) Lewis on June 27, 1932 in Fairview, MT at the Brodhead House. He grew up on the Lewis farm at Sioux Pass, MT.

He married Donna Joan McRae on November 30, 1957. They met when Bill came out to the McRae ranch to visit her brothers, and she says, "He just kept coming back!" One time he even rode his horse from Sioux Pass across the river and through 21 gates to the ranch in Hay Draw to see her. He must have been pretty determined.

They lived together at Sioux Pass where Richard and Brian were born, then moved to Hogeland, MT where Jim and Jay were born (in Havre). Then they moved to East Fairview (Dore) and worked for Herman Johnson. In the spring of 1969, they moved to the McRae ranch in Hay Draw, ND, where Donna was born and raised. They had no phones until 1971 and there was no running water in the house until Christmas of 1979. The boys learned to drive by hauling water to the house. In spring of 1980, Bill and Donna bought the McRae ranch from Donna's mother, Ellen. Bill and Donna's son Jim and his family still live on and operate the family ranch. Their four boys each married and gave them several grandchildren to love, spoil, and help raise into fine young people. You could always find Bill with a grandchild (or great grandchild) perched on his lap, either at the kitchen table feeding them maple nut ice cream or in his recliner while tickling their backs and watching Gunsmoke. Almost every grandchild has a photo sitting in bed and drinking coffee with Grampa Bill. He never gave a straight "yes" or "no" answer because he was the type of man who didn't want to cause an inconvenience for anyone else. We heard a lot of might bes, could bes, I supposes, that'll be alrights, and maybes when we asked questions. One of Bill's favorite things was to go to town and stop at a restaurant for coffee or lunch and give the waitresses a bad time. Any little kid he met always got a high five or handshake. Neighbor Slade Fitzgerald said, "My dad always said, 'I swear, that man could play a barbed-wire fence." Bill could play about any stringed instrument you handed him by ear. The Fitzgerald kids used to call him "Mr. Fix It" because he could fix just about anything he tinkered with. He was always willing to drop whatever he was doing to go help a friend or neighbor get an old tractor or vehicle going.

Bill was a member of the National Cattlemen's Association, the North Dakota Stockmen's Association, and McKenzie County Grazing Association. He held the title of Deputy Sheriff for the Squaw Gap Community Hall during special events for several years.

Bill passed away peacefully on the morning of September 15 with family by his side at Sidney Extended Care where he had resided since January 2018.

"The twinkle in his eye is now a twinkle in the night sky." (Joy Patten)

He was preceded in death by his parents, David and Elsie; siblings, Jane, Tom, Madeline, Carmen, and Shirley; and daughter-in-law, Janet.