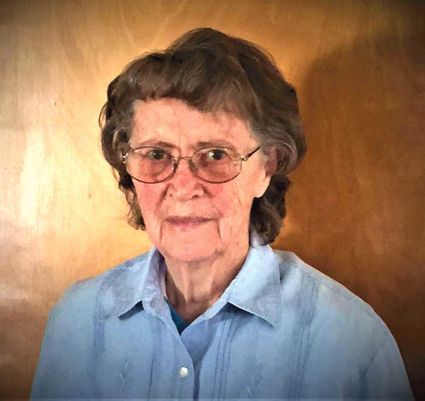 Lucy was born November 20, 1932 in Sawyer, ND to Emanuel and Wanda (Jantz) Filler. Lucy moved with her family to Fairview. She met her lifetime husband during a Square Dance at Dore Hall. Lucy married the love of her life Bernhard "Ben" Langwald on November 28, 1953. Together they raised four children, farmed sugar beets and wheat and raised cattle and chickens.

Lucy was a member of St. Catherine's Catholic Church in Fairview. Her pastimes included embroidery, keeping scrapbooks of her children and grandchildren, gardening, and she was a 4-H member. She was a self-taught seamstress willing to tackle anything from draperies to prom dresses. She enjoyed baking and canning, boating, fixing puzzles and playing cards.

Lucy walked to Dore for elementary school and rode the Galloping Goose, a term applied to the local train, to Fairview MT during high school. In high school she shared an apartment with four close friends and worked at the local diner. Lucy had a love for all four seasons, learned the value of hard work as a child and carried it throughout her life. Her world revolved around her family and helping Ben on the farm.

Lucy passed away at the age of 86 on Friday, September 21 at Sidney Health Center.

In lieu of flowers please make donations to a charity of one's choice.