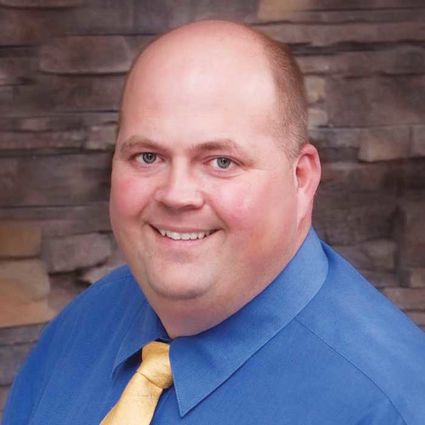 Matthew Johansen is challenging incumbent Gary Schwartzenberger for McKenzie County Sheriff. Johansen, who was born in Grand Forks before moving to McKenzie County at five years of age, later moved away to Minnesota. After attending peace officer training in Devil's Lake, North Dakota, Johansen went on to serve law enforcement in McClusky, Sheridan, McLean, Emmons, Steel, and Trail Counties before eventually coming back to serve McKenzie County in 2007.

Johansen spoke with The Roundup about his goals for the McKenzie County Sheriff's Department, should he be elected.

Johansen said, "Basically my three points, which haven't changed throughout the campaign, is first off, the safety and security of the citizens. Secondly, I want to focus on financial responsibility. Third, I want good intergovernmental relations among those from throughout the county and the state."

When asked why he wanted to become sheriff, Johansen responded, "When I was a deputy I never thought I wanted to be the sheriff. But then, when events transpired I was made the interim sheriff and was given a taste of what things could be like. I think morale was improved and things were better. I then had people ask me to run for sheriff. And so I said, 'Yeah, I would.' I want to be there to listen to the people."

Johansen claimed that there's poor communication between the deputies and the sheriff.

"I don't believe there's an open door policy now. I haven't tried myself to go talk to the sheriff, but I have heard that you have to make an appointment or go through his secretary. I don't think he makes himself available to the deputies because you never know when he's there."

Johansen also asserted that he would be more hands-on in his job as sheriff.

"I believe that just because you're sheriff you don't have to take calls or respond to situations," Johansen asserted. "You're just like everybody else; you're a law enforcement officer. If you happen to be somewhere you should handle it and not just call a deputy. I believe the sheriff should listen and be open to ideas from everybody and let everybody have a say."

Johansen is convinced that morale is down among county law enforcement officers, and he aims to fix it.

He said, "The most important thing is to bring morale up. Morale is down because it seems like every time you turn around there's an internal investigation on an officer or employee for one reason or another. It could be the investigations are necessary, but just from an outside person looking in, are these investigations legit or are they not legit? We've lost ten people in the last year. When the sheriff was reinstated there were six that quit right away."

Johansen says he likes McKenzie County because it's home.

"I like McKenzie County because I grew up here. This is what I call home. I know a lot of people here and I want this to be a safe place for my kids. It's home."