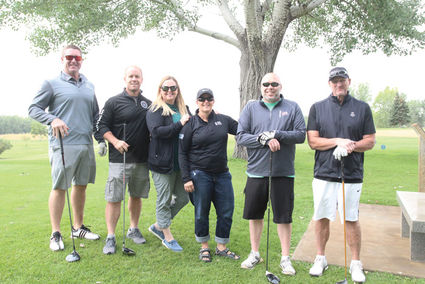 The Foundation for Community Care celebrated the silver anniversary of two of its most popular events in 2018, and established several new community initiatives directed at supporting healthcare in our community.

In August, the Foundation hosted its 25th Annual Benefit Golf Scramble. Golfers flocked to the Sidney Country Club to enjoy lots of golfing, prizes, and most importantly, fundraising for medical needs. Golfers with all ranges of experience, from first-timers to experienced players vied for team awards, special hole prizes, and Hole-In-One prizes. Two of the most popular events returned this year. In a mini-golf styled challenge, players teamed up to win cash prizes, and for the third year, participants tested the Ball Cannon, a one-of-a-kind air powered ball launcher to put the ball on the green in one shot.

In the past, the Golf Scramble has raised more than $425,000 to benefit local healthcare through the Endowment Fund. Every year, five percent of the Foundation's Endowment Fund is granted back to the community. In 2018, almost $290,000 was granted. "We've been really strong in fundraising," said Gina Heckey, Senior Executive of the Foundation for Community Care. "We're starting to grow the Endowment to a level where we're making a definite impact. When we're able to grant almost $300,000, we're having an enormous impact."

2018 also saw the 25th anniversary of the Foundation for Community Care's Wine & Food Festival, an annual event bringing in an array of wines, local cuisine, and an upscale feel to raise funds through silent auction. Event attendees bid on items by local artists and artisans throughout the night.

The November 3rd event brought in the Cirque de Soleil-style aerial arts group Alternacirque. The Billings-based aerial performance troupe combined the beauty of dance with aerial arts to wow the crowd. The dedicated event committee promised to pull out all the stops for the Silver Anniversary of the event, and certainly delivered on that promise. "It was crazy fun," Heckey said of the event. "There were so many good food vendors. This year was probably my most favorite out of the six I've attended."

In addition to these established events, the Foundation continued the Non-Profit Pumpkin Patch during the month of October, when donated pumpkins litter the old Sunrise Equipment property, and children young and old can enjoy fall activities. The Patch changes non-profit hosts each week, to help raise funds for each community group. This year's hosts included the Foundation and MonDak Heritage Center, Richland Opportunities, Inc., the Sunrise Women's Clinic, and the Boys and Girls Club of Richland County and Sidney Gymnastics.

The Foundation wrapped up 2018 with #GivingTuesday, a global initiative to encourage people to give back following the biggest shopping day of the year, Black Friday. During this campaign, the Foundation organized donors to match donations by community members. These included The Rush, Lane and Kristan Haugen, Doug and Kris Hettich, Joe and Mary Ann Steinbeisser, and Stockman Wealth Management. The Foundation also took part in a Facebook campaign, receiving match donations for any funds donated through the social media platform.

The Foundation for community Care continues in its mission to ensure quality healthcare in Richland County and the surrounding area. In 2019, new and established donors can expect the 26th annual golf scramble and Wine & Food Festival, as well as continued efforts to sustain the Endowment Fund, and new efforts to support the Cancer Center. 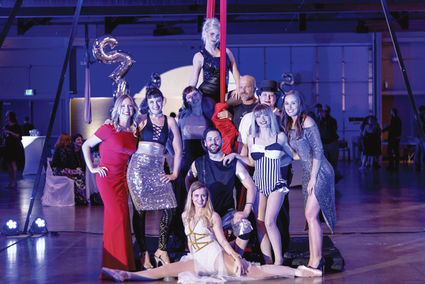