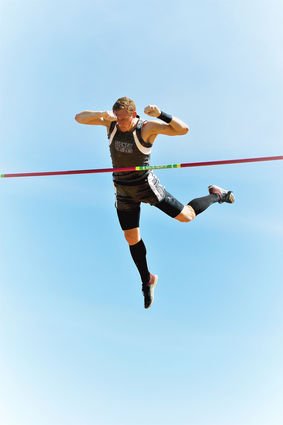 SHS junior Carter Hughes (currently a senior) took first place in both the shot put and discus. Carter has comitted and signed with the University of Minnesota.

Sidney pole vault standout Garrison Hughes won his third consecutive championship in 2018. This year he also had the state's highest jump at 17'. His junior year he broke the MT State meet record with a jump of 16'. Garrison also placed 7th at the New Balance Indoor Championships and placed 9th at the USA Under 20 Nationals at the University of Indiana. The top two placers at this meet make the USA World Team.

Garrison is currently a freshmen at the University of Nebraska majoring in finance. "The atmosphere here is great," stated Hughes. "I've had a blast training here the last four months."

Look for more accomplishments from these promising athelets in the months and years to come.