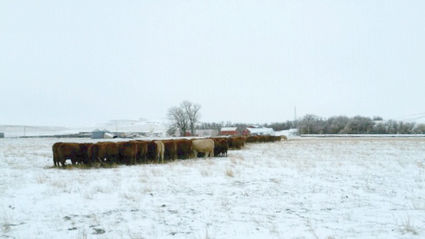 Catttle on the Franz Ranch

The Franz Ranch sits just 20 miles north west of Sidney, Montana. The ranch started in 1959 with Ray Franz who wanted to start raising cattle to make money. Now 59 years later, Ray and his son, John, work on the ranch together. Ray's other son, David, owns a ranch in Wibaux, Montana, which he works jointly with his brother and dad.

The Franz Ranch will be selling registered red Angus bulls private treaty this year. If interested in Franz's yearling bulls you can call John at 406-798-3675.