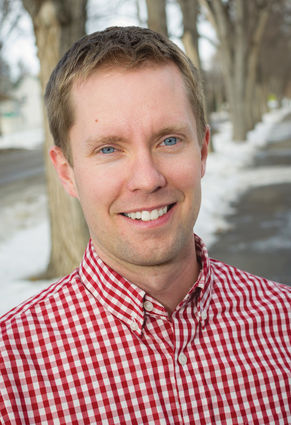 The prospects for a good financial year in McKenzie County and the surrounding region is hopeful, according to Daniel Stenberg who serves as the Economic Development Coordinator for McKenzie County. Stenberg is a native of Watford City and attended college in Jamestown. The Roundup spoke with Stenberg about economic development in 2018 and what he expects for 2019.

Stenberg told The Roundup, "I think 2018 was a very brisk year. All of the businesses have probably seen an upswing. School enrollment has seen an upswing. I think 2019 is going to keep pace and probably even exceed it. There's a lot of construction projects, more single family homes being built and demand for all the above. I think 2019 looks bright for our area."

When asked if he foresaw continued growth in the service industry of the region, Stenberg said, "I think food establishments are definitely able to respond to increased activity. We've seen a few new ones pop up this last year and there's plenty of business for everyone. The tricky thing is retail. Retailers continue to struggle against online sales and don't know what to do. Shopko just announced bankruptcy, which doesn't mean all the stores will close but it makes it more difficult to see retailers want to build a building as the retail landscape is changing."

Stenberg also explained that the recent school bond vote bodes well for the community and speaks to the confidence people may have in the continued growth of the area.

"I think that the school bond vote passed at over 80 percent gives people confidence that enrollment numbers are going up and the economy will continue to grow. It's a big plus to the community to have the school bond pass by the numbers it did."

He continued, "We've had 300 percent population growth over the last 8 or 9 years. There's just so many more dynamics that our community can be working with regarding that level of growth. There's a lot of business growth that comes with that and niches that haven't been filled yet that are just waiting to be filled."

When asked if the unstable price of oil has him worried about the future economic health of McKenzie County, Stenberg said, "No, unless it goes to ten dollars a barrel or something like that. The drilling plans I've heard about demonstrate the economics are good to continue drilling even when the price isn't great. We're to the point where it's just much more steady growth. I think we're in pretty good shape."

Stenberg relayed some of his plans for his organization in 2019.

Stenberg said, "I see my job as a matchmaker, trying to get the right people together. We're working on workforce development, especially in the high school system and making sure kids understand the opportunity they have for jobs in McKenzie County. We want to focus on continuing to have great community events including our Ribfest on Main Street, a 'Welcome to Watford Celebration,' and the county fair is always a big deal. We have to make sure we invest in those things that increase our quality of life and help people settle into our community."