Enerplus Continues Investment In Bakken In 2019 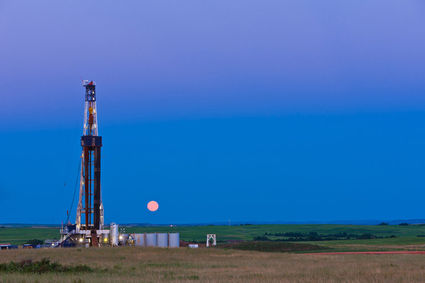 Having been established in 1986, Enerplus is a crude oil and natural gas producer with production assets in both Canada and the United States. The company trades on both the Toronto Stock Exchange and the New York Stock Exchange and is a powerful producer in the Bakken oilfield. The corporation is focusing heavily on the region's oil and natural gas production and is forecasting strong profits for 2019.

Based in Calgary, Alberta, Enerplus is planning to spend approximately 80 percent of its operating budget – more than $635 million – on 42 wells in North Dakota. It is currently unknown how or if they plan an expansion of production in Richland County.

Enerplus slowed their production and drilling activity toward the end of 2018 due to market volatility, but will reportedly increase their production later in 2019. The company will plan to produce somewhere between 52,500 to 56,000 barrels of oil each day. At this volume, the company projects the expense per barrel of oil produced will be about $8 dollars, which is a competitive price.

According to Ian Dundas, the president and CEO of Enerplus, "Our 2019 plan is expected to generate double-digit returns on capital employed and competitive oil production per share growth while operating within cash flow based on prevailing commodity prices."

He continued, "If we see commodity prices improve, we would expect to generate meaningful free cash flow."

An additional 7.5 percent of Enerplus' budget will be allocated to Canadian production and another 5 percent in Pennsylvania and elsewhere.

The bulk of Enerplus' Bakken crude oil properties are located in the Fort Berthold region of North Dakota and in the Elm Coulee field in Richland County, Montana. Although the company has three main branches, the Williston Basin is responsible for the lion's share of the company's production and it's growing rapidly.