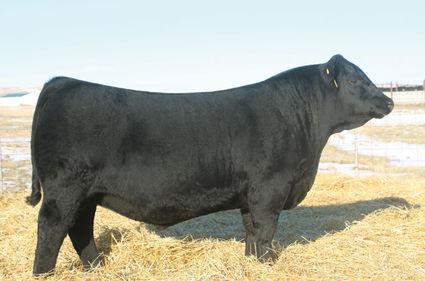 SAV America 8018 shattered the previous world record in the sales ring when he sold for $1.51 million dollars at auction to Herbster Angus Farm (photos submitted by Kelly Schaff).

The previous record holder for highest selling bull in the world was SAV Elation 7899. He was also produced by Schaff Angus Valley and sold at one of their production sales. Both bulls were the lead-off bulls in the production sale and had been recognized by the Schaff's as being the best in their respective calf crops as far as performance, phenotype, pedigree, and overall genetic merit. The two bulls share some common ancestry. Herbster Angus Farms has been a repeat buyer from SAV for several years. According to Kelly Schaff, Herbster Angus Farms has enjoyed a great deal of success from the bulls they acquired at SAV.

Kelly Schaff's family has been running this ranch for five generations. SAV has become one of the largest and most recognized seedstock nurseries in the world. Word of the quality of their livestock and sale has spread around the world. It is estimated that 1,300 – 1,500 people show up to the production sale at the sale facility of Schaff Angus Valley headquarters every year. It is held once a year on the second Saturday of February at the Schaff Angus Valley ranch and people from 35-40 states as well as ranchers from various countries show up. The Schaffs have only raised registered Angus cattle. This years sale was the 116th production sale for their cattle. According to the Schaffs, their production sale is the longest running consecutive purebred cattle auction of any breed, any program in the world. 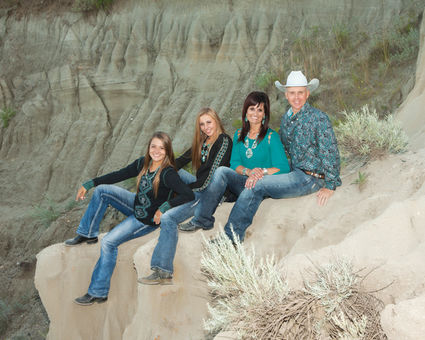 It seems only right that SAV production bulls are breaking records as Martie and Kelly Schaff say the focus of the SAV program is in serving the commercial cowman and providing high-quality bulls in volume at affordable prices. According to its website, Schaff Angus Valley takes the seedstock business seriously. Their disciplined breeding program does not follow fads but rather has charted a specific course to breed real world cattle for real-world cattlemen who sell pounds for a living with the necessity to do it as efficiently and profitably as possible.

The headquarters of Schaff Angus Valley is located in St. Anthony, North Dakota. More information on Schaff Angus Valley, their program, sales, philosophy, and how to contact the Schaff's can be found on their website, http://www.shaffangusvalley.com.