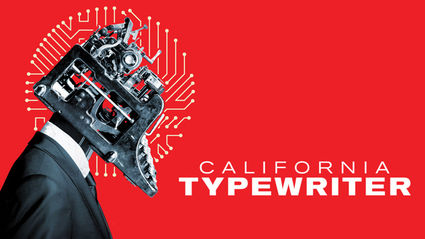 California Typewriter is a documentary portrait of artists, writers, and collectors who remain steadfastly loyal to the typewriter as a tool and muse, featuring Tom Hanks, John Mayer, David McCullough, Sam Shepard, and others. It also movingly documents the struggles of California Typewriter, one of the last standing repair shops in America dedicated to keeping the aging machines clicking. In the process, the film delivers a thought-provoking meditation on the changing dynamic between humans and machines, and encourages us to consider our own relationship with technology, old and new, as the digital age's emphasis on speed and convenience redefines who's serving whom, human or machine?

California Typewriter and all films in the First Friday Film Series are FREE to the public and sponsored by Mid-Rivers Communications! Popcorn provided! The series concludes with The Rider on May 3.

The views and opinions expressed in the films in the First Friday Film Series are those of the characters and/or directors and do not necessarily reflect the views of the MonDak Heritage Center or our sponsor Mid-Rivers Communications.

For more information, contact MDHC at 406-433-3500 or go to mondakheritagecenter.org.