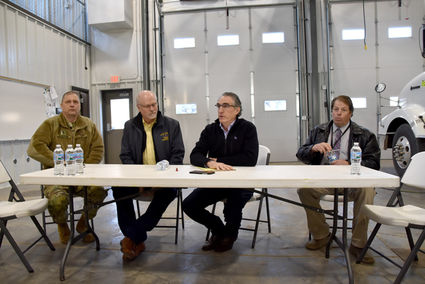 BISMARCK, N.D. – Gov. Doug Burgum and emergency services officials toured flood-affected areas along the Yellowstone River in western North Dakota and eastern Montana on Wednesday and met with residents displaced by the floodwaters.

Local officials report more than 40 families and homes have been impacted by the flooding near the North Dakota-Montana border, where ice jams have backed up the Yellowstone River. Floodwaters have submerged a section of Highway 200, which remains closed from Cartwright, N.D., to Fairview, Mont.

The officials met at 8:05 a.m. CDT Wednesday, March 26, at the Fairview Fire Hall at 412 S. Central Ave. before touring the flooded areas. 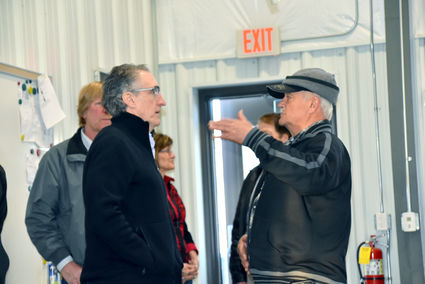 There will be free daily lunches offered at the Fairview Fire Hall to help those affected by the flood.

An account has been set up at Merchants Bank for anyone who would like to donate money. Additionally, donations may also be made at the North Dakota Community Foundation's McKenzie County Flood Relief webpage: https://ndcf.fcsuite.com/erp/donate/create?funit_id=1512