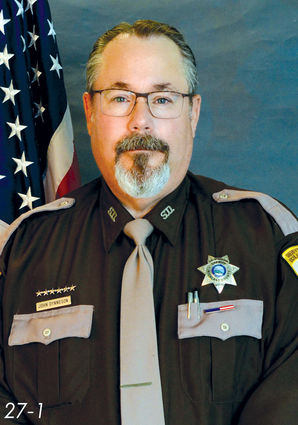 The Richland County Sheriff's Office serves an area of 2103 square miles, including the unincorporated towns of Crane, Savage and Lambert. They also work closely with the Police Departments in Fairview and Sidney, Montana Highway Patrol, and neighboring Roosevelt and Dawson counties in Montana and McKenzie County, ND.

Law enforcement, dispatch and jail services are provided by a staff of 35 people, led by Sheriff John Dynneson, and Undersheriff Bob Burnison.

Besides solving crimes, the Sheriff's Office is responsible for serving any civil or court papers throughout the entire county. Those include protective orders, subpoenas, divorce papers, writs of execution, and more. They also conduct Sheriff's sales.

When asked about the greatest challenges currently facing the office, Dynneson said he is concerned about slight downturn in the growth of the local economy which results in less revenue dollars to fund services. Those services still must be provided, but Dynneson said he must be conscientious of the cost and work to be as efficient as possible, saving dollars for the county. Budget cuts are being made but requirements like new technology and advanced equipment are critical to maintaining an effective infrastructure. He also must budget what is needed to run a compliant jail. Inmate count is down but that means the cost per inmate, per day, goes up since the same staffing is required.

Burnison noted that the size of the county and the effort required to cover it all effectively is a challenge. Depending on where an officer is needed, and his location at the time, it can sometimes take up to an hour to respond on site to a call.

The Richland County Sheriff's Office works well with adjoining counties and other county entities. "We have a good relationship with the County Attorney's office and other law enforcement," Burnison said. "We're all small so we need each other." 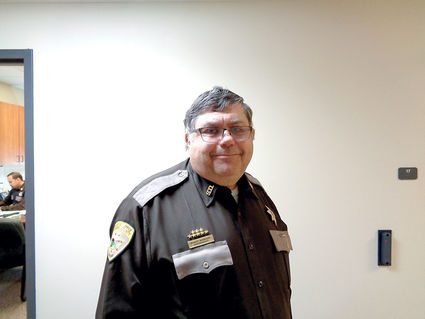 On a positive note, Dynneson is seeing less crime, particularly the theft of metals as these are less readily available. Staff is stabilized which is a big relief from the chaotic days during the most recent boom. "They (Deputies) support what we're trying to do," he said. "We're reaching the goals I set in the last election and are finally starting to obtain the technology, equipment and training we need. Keeping up with technology is a big stumbling block for rural areas but we have to get there. The deputies are embracing the tools they're given."

Every day is a different day Dynneson said about his position as sheriff. "New experiences and new challenges were what I was looking for when I asked to be Sheriff," he stated. "It hasn't let me down yet." He plans to run for the office again in 2020 if his health is good. He notes he has spent his adult life in Law Enforcement and feels his experience is valuable to the citizens of Richland County.

We wish to express our deep appreciation for Law Enforcement and say thank you for making Richland County a safe place to live.