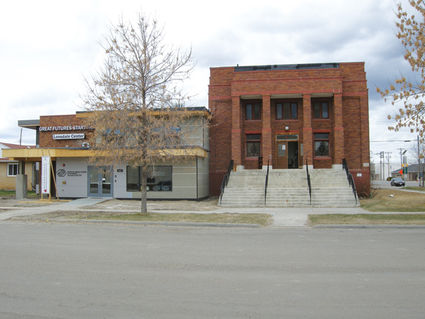 With new improvements, new neighbors and a new pastor, the Lonsdale Methodist Church will be returning to their building Easter Sunday. (Photo by Jaymi Loobey)

On April 21, Easter Sunday, after almost ten months of being out of the Lonsdale United Methodist Church building, the congregation will finally be returning. The People's Congregational Church was gracious enough to welcome the displaced congregation of Lonsdale into their fold while many changes were taking place at the original building.

Lonsdale United Methodist Church has been a mainstay in Sidney for over 100 years. Since 1899, the church's members have been learning and growing in their faith. The church started with a humble beginning in a small building that still stands on the 100 block of East Holly and is owned by Gurney Electric. Over the period of the next twenty-four years, the congregation continued to grow to the point where they needed a new building. It was at this time that the church made it's home in the current location on 3rd Ave SE in Sidney. Forty years later, in 1963, classrooms were added to the current building. Fifty-five years later, in 2018, change was once again happening to the congregation of the Lonsdale United Methodist Church.

The change began as a conversation in 2017 between members of the church and Elaine Stedman and the board of the Boys & Girls Clubs of the MonDak - Richland Unit. The Club was going to lose its current location due to growth within the school system and the church was looking to make some changes as well. The church is located directly across the street from Central School, which makes the building easily accessible for the children. After several months of discussion, it was decided that the church would donate the building to the Club and the Club would buy the parsonage to convert into office space until they could move into their permanent home.

In June of 2018, construction began to transform all of the rooms within the church building, except the Sanctuary and the Heritage room, into a modernized, usable facility for the Boys and Girls Club. In July of 2018, the Club moved into the parsonage as its temporary office and in August of 2018, Pastor Sione Fungalei began his journey as the new leader for the Lonsdale United Methodist Church. 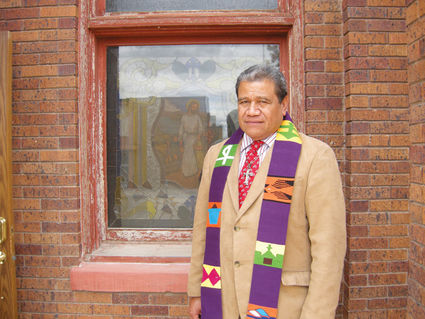 Pastor Sione Fungalei grew up in Tonga, a country in the Polynesian Islands. There, he grew up in a Christian household. As he grew up, Sione decided that he wanted to follow in his grandfather's footsteps. In 1993 he became a United Methodist preacher. He came to the United States and lived and ministered in Utah for several years. He said, "While there, I told God, 'Here I am'" Then, the United Methodist Conference, a cooperative organization of Methodist churches that provides a means for consultation and cooperation on an international level, contacted him. They informed him that the District of Sidney was looking for a pastor and offered him the job. August 1, Sione moved to Sidney and every Sunday gets up early to drive to Richey, Montana to do a service at 8:30 a.m. and then travels back to Sidney for the service at 11 a.m. When asked about the Montana winters, he said, "When I trust God, God can do anything." When asked about the area in general, Sione told me, "I love and enjoy it here in Sidney and Richey. I love the people." Sione's wife is still in Utah but will be joining him in Sidney in January.

On Easter Sunday, as the congregation of the Lonsdale United Methodist Church makes their way back into the building, they will see some very big changes. The offices, hallways, bathrooms, storage rooms and classrooms have all been remodeled. The Club and the church have some shared space so that both can take advantage of certain areas within the building, for example, the kitchen, the fellowship hall/dining room, and a board room. Rhonda Folstad stated that the members of the church have made some minor facelift changes to the sanctuary itself by painting, cleaning and reorganizing.