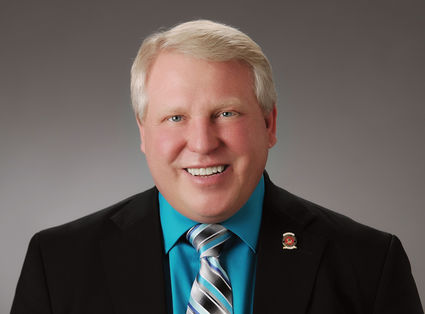 Randy Pinocci, the recently elected Public Service Commissioner for District 1 (which includes Richland County and much of Eastern Montana), has some strong opinions about HB411, which he feels is designed to increase the Fish and Game Department's revenue by tacking funding onto an energy-related bill, while letting legislators claim they didn't raise taxes. Pincocci is also soliciting thoughts on a possible Montana Dakota Utilities rate increase from the public in Sidney.

The Roundup spoke to Pinocci about both issues.

He continued, "What I wanted to do was request a meeting in Sidney to allow the public to come in for a listening session and give their opinion. Are they okay with a rate increase or are they against it?"

"If we're going to have a rate increase at MDU," Pinocci argued, "and that can happen through the legislature, people need to be aware."

Pinocci also spoke passionately about what he believes is a closeted tax increase passed through a house bill dealing with hydroelectric facilities.

He added, "I thought I would also educate the public on some things that happened in the legislative session. One of the more shocking things, House Bill 411, is adding over a million dollars to Northwest Energy rate-payers to cover protection from the zebra mussel which has nothing to do with energy and should be paid for from the general fund. Does this mean that any time they need tax money they'll add it to the electric bill? While this doesn't affect MDU customers, this sets a dangerous precedent of raising taxes through electric companies."

According to Pinocci, HB411 was written to provide a major payday to Montana Fish and Game, for something not really needed, at least as it pertains to energy production.

Pinocci argues that Montana HB 411 was designed to fund government bureaucratic growth, using environmental concerns to do so. According to proponents of HB411, the ominous 'zebra mussel' is an aquatic invasive species that needs eradicated. Although hydroelectric facilities don't cause the spread of such species, some speculate on thin scientific grounds that such facilities could theoretically be affected by them. Preventative measures designed to keep the hydroelectric facilities free of the zebra mussel would affect a relatively small amount of energy customers, but HB411 is designed to spread that cost out.

The Public Service Commission strongly urged fees for hydroelectric facilities to be removed from HB411, the cost of which is passed on to consumers.

Pinocci said, "They're trying to find a way to get people to pay taxes through their energy bill and then say, 'we didn't increase taxes.' No, you just tagged it onto the energy bill! This can't even be legal," Pinocci exclaimed.

When asked how taxes were being raised through HB411, he answered incredulously, "You're going to love this, it's incredible. They say Fish and Game desperately need money to inspect boats to see if the zebra mussels are on it. So they say they're trying to protect hydro-electric blades, which produce power. But I believe at the speed those blades are turning, nothing is going to attach to it. It's a way to fund Game and Fish directly and will grow their department, but do it through a utility rate increase instead of by raising taxes the conventional way."

He continued, "Fish and Game is going to get the money directly and grow their department. They're an entity that wants to get more money, hire more people, have more power. You know, maybe bettering their retirement or buying another quad or another snowmobile. It's a million dollars. Recently they got assault-weapon training. Why?"