When The Shoe Is On The Other Foot 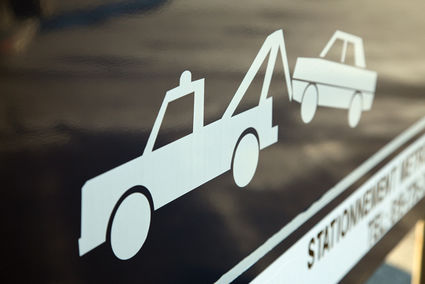 Maybe this observation applies only to this household, but somehow I doubt it. It seems that when the man of the house does something silly, or makes a mistake, or has some sort of accident, the woman of the house is expected to soothe feelings, assure her man that accidents do happen, the incident of course was in no way his fault, she of course will pay any resulting bills, and she will never mention the peccadillo again.

However, woe on the woman if she happens to make the same sort of error, have a similar accident, or commit some sort of foolish act. She can rest assured that she will hear about this boo-boo for the next three and a half weeks at least. She learns quickly to tune out the snide comments and jibes tossed her way regarding the unfortunate incident, and of course she knows she will pay any resulting costs.

Let me provide a small example of what I am talking about. We had a very snowy February here in Virginia City. It seemed we spent our days continually shoveling, plowing, and moving the white stuff from one place to another. During one of those particularly frustrating days of playing in the snow, my husband decided to borrow a pickup and plow from the Heritage Commission. The Commission's plow and truck are larger than our outfit so my husband figured that the larger rig would move snow better and further away from the road.

All worked well until he backed into the driveway in front of the shop. Wet snow, combined with ice underneath the snow cover, conspired against him and the left rear wheel of the pickup slid over the edge of the driveway, putting the truck on a slant. My husband tried to drive out but only succeeded in making matters worse. He managed to get the truck and plow thoroughly lodged in snow.

As the good wife of this operation, I made all the proper soothing, calming remarks required and expected of me, I assured him that all would be well, and that the neighbor could pull him out, no harm done, and he would be back in business in no time flat. My husband did phone a coworker from the Heritage Commission, and that gentleman did come to the rescue. Donnie arrived, the men did their conferring about the situation, hitched the tow strap to the truck, and Donnie gassed his vehicle ready to free the embedded pickup from the snow.

Thanks to the configuration of landscape, the immobile truck slid sideways instead of pulling up and out of the ditch and onto the driveway. My husband quickly applied the brakes and the sliding truck came to rest about one foot from a large tree. Any more attempts at pulling the truck would definitely have slammed it into that tree. This left two options. Either cut down the tree or call a wrecker that could pull the truck and plow sideways and up onto the driveway again.

My husband opted to chop down the tree. Of course, the three of us made jokes about the tree had to go anyway, accidents happen, and similar cheerful, supportive comments.

My husband fired up the chain saw, cut down the tree, moved branches and limbs out of the way, hooked the pickup to Donnie's truck, and out the borrowed pickup came, intact, unscathed, and ready to roll. The heroic men had done it again, extricated themselves from a sticky situation without any harm done. All should be forgiven and forgotten.

Fast-forward several weeks. I made a run to Ennis to complete some errands, and then drove back home again. That day we had experienced melting, slippery snow and ice on unpleasant road conditions. I got home safely and began to back into the driveway in front of the house. The tires slid on slush, I went sideways, slid off the driveway, and came to rest, believe it or not, about two feet from a large tree.

I expected comfort and support about this little error, a bit of a tow job, and that would be that. Hah, I forgot that when the shoe is on another foot, things don't work out quite the same. Not only was my husband furious with me, naturally he had to second guess what I had done and how I had done it, take a picture of the Subaru sitting at an angle, inform me that he would NOT cut down the tree, that we would need a wrecker to put the Subaru back on level ground, and that it would probably cost me (note: ME) $200.

We did hire the wrecker. It took about three minutes and $150 to have the Subaru safely back on the driveway. Yes, I paid for it.

So, folks, how do we compare with other households? I watched him pull up the picture of the Subaru sitting in the ditch so he could sigh loudly and shake his head in disgust. I listened to rhetoric for a week. Well, no I didn't because I tuned it out and also began reminding him in no uncertain terms that he had been in a similar predicament less than a month before. These antics annoyed me immensely.

He has no idea how close he came to never celebrating another birthday.