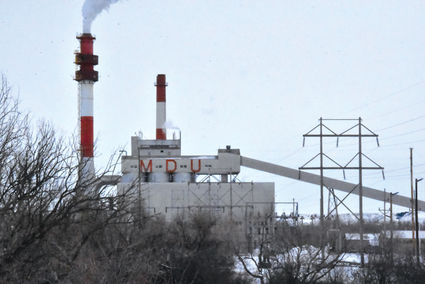 On May 14, Loren Young, Shane Gorder and Duane Mitchell as individual rate payers and Richland County Commissioners filed public comment with the Public Service Commission opposing the application for a rate increase by MDU.

At a recent listening session held in Sidney by PSC Randy Pinocci, MDU stated the increase was for wind farm electric generation in North Dakota. Meanwhile, MDU has announced plans to retire the coal fired units at Lewis and Clark Station in 2020. Although MDU stated that wind powered electricity was less expensive, the Commissioners stated that no uncontested information has been provided comparing the total cost of electric power by wind farms in North Dakota versus electric power generated from coal at Lewis and Clark.

The Commissioners also voiced their concerns at the economic impact to Richland County, including the school system, which would result from the Lewis and Clark closings, with the ripple effects on the Savage Mine and Sidney Sugars.

"The total consumer cost and consumer interest in this plan has not been adequately studied or accounted for. At present, we are flying blindly into a probably bleak future, unless we slow down and get the complete picture of what granting the Application and closing the Lewis and Clark Station will do."