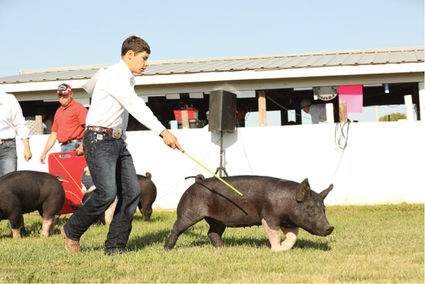 Kell was the Overall Sheep and Overall Swine Showmanship winner for the 2018 McKenzie County Fair.

Kell Helmuth is a nine-year member of the Sagebrush Ranglers 4-H Club and has been involved in 4-H since the age of eight. He has done many indoor, market, and showmanship projects through 4-H such as Pigs, Sheep, Beef, Rabbits, Chickens, Vegetables, Vet Science Projects, and Baking Projects.

Helmuth is not only busy taking care of his many animals but also stays busy with the Watford City FFA Chapter (where he serves as the president), Watford City High School Golf, National Honors Society, and his job as a lifeguard at the Rough Rider Center. When asked what was his favorite part about 4-H he responded, "Participating in the McKenzie County Fair and showing off all the hard work I have done to get ready for the fair is my favorite part of the organization." 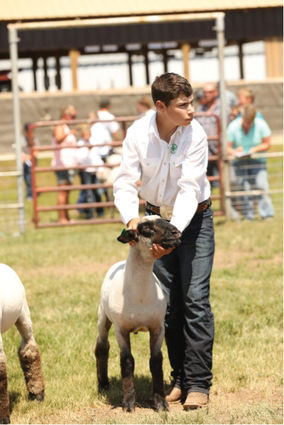 Helmuth explained that 4-H has also impacted his future career plans and furthered his interests in working with animals. Helmuth said, "4-H has taught me a lot of responsibility because I have to get up early to feed, water, and work with my animals." Helmuth explained that he is thankful to be able to participate in such a great organization.