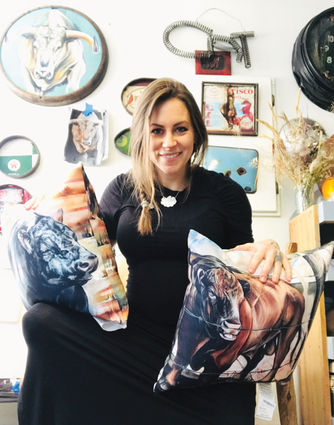 Local artists Trish Stevenson and Afton Ray have gathered a treasure trove of local and regional artists to the "Confluence of Creativity" at the MonDak Heritage Center in Sidney. The show, which runs through July 27, will feature about 14 different artists including painters, a book illustrator, a glass artist and more, plus musical acts.

Cathryn is a professional fine artist living and working from Glasgow, Montana; originally from southern Saskatchewan, Canada. She has pursued art as a full time profession since 2016 and through this work attempts to articulate the culture and values of northeastern Montana.

She received her B.F.A. from UNLV in 2006, and her M.F.A. from UM in 2011. Cathryn has called Glasgow home for the past thirteen years and in this time has defined herself as a nationally exhibited artist. She feels very strongly about the pursuit of her calling, and about the region she depicts through her work. Her work is heavily influenced by the wildlife and ranching culture that are synonymous with northeastern Montana.

Cathryn has had the opportunity to live elsewhere within the state but feels called to Glasgow; she feels that her work is in a position to visually describe a place that bears remembering throughout the context of time. Cathryn feels that the isolated geographic location of her home is one of its most unique factors and appreciates the silence that is synonymous with living in "The Middle of Nowhere, U.S.A".

She finds that the lack of "noise" so often found in urban locations, but missing in a rural location, is a powerful advantage and one that she uses throughout her artistic practice. The lack of distraction (social, visual, and otherwise) gives her an opportunity to focus more intensely on her art. She appreciates that within this region she has more time to consider her own artistic motives and she can hear her own creative voice more clearly, without the influence of other artists. As a result her art comes from a place of deep authenticity and is undeniably unique.

Throughout her work Cathryn uses found objects, often of a historic nature. She feels that these historic objects contribute their own meaning to the artwork and that their presence within the work speaks to time and place.

She feels passionately about creating work that exists within contemporary art conversations but comes from a remote location. If you ever find yourself traveling along the hi-line of Montana, Cathryn welcomes studio visits by appointment. She is always eager to share a piece of her paradise with the wider world.

Being born and raised on a ranch in western North Dakota, Kaye Burian finds her western way of life easy to portray. Many times she has drawn from her rodeo and ranching background to give her paintings an authentic and realistic look. 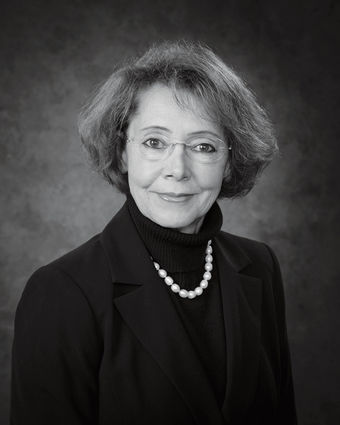 Ranching is still a part of her life as she and her husband, Myran, own and operates Lazy 77 Ranch, near Manning, North Dakota. Their ranch is home to a commercial red and black angus herd of cattle, they own a few American Quarter Horses as well. These surroundings help Kaye encounter the natural world and its inhabitants and portray them in her art.

Kaye exhibits at the America's Horse in Art Show and Sale at the American Quarter Horse Hall of Fame and Museum. Amarillo, Texas.

She also does numerous commission paintings.