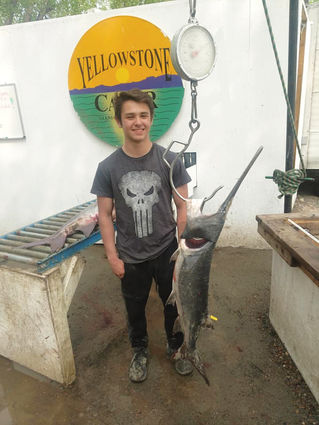 Deegan Carranza with his first paddlefish caught near Savage on June 1.

The 2019 paddlefishing harvest season on the Yellowstone and Lower Missouri rivers wrapped up on June 1, condensing the harvest into a two-week window.

High catch rates on May 31 heading into Memorial Day weekend prompted FWP to give notice of the harvest season closure on June 1 at 9 p.m. This accommodated paddlefishing the entire Saturday of the holiday weekend, which proved to be a busy harvest day. Following the harvest season closure, anglers were allowed to catch and release paddlefish only at Intake Fishing Access Site for 10 consecutive days, which ended June 11. 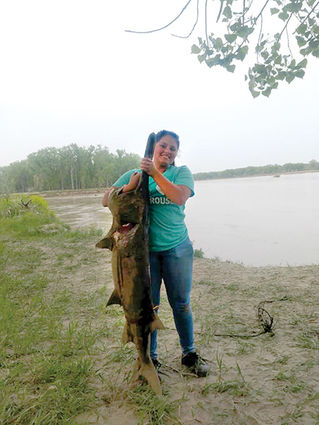 Hailey Carranza with her first paddlefish caught near Savage on June 1.

The right combination of increasing river flows, increasing paddlefish concentrations and holiday angler traffic triggered the June 1 closure, which was enacted to ensure that overall harvest did not exceed the 1,000-fish target contained in the regulations.

Based on processing of paddlefish at Intake and reports from anglers elsewhere, FWP estimates harvest at just shy of 900 fish. Of that total, almost 45 percent were female.

paddlefish movements and angler success are notoriously difficult to predict, and this season was no exception. Harvest on Saturday's final day started fast and furious and was expected to near or exceed the 1,000-fish harvest target by day's end. However, angler success and participation slowed the last half of the day, keeping the overall harvest within the desired range.