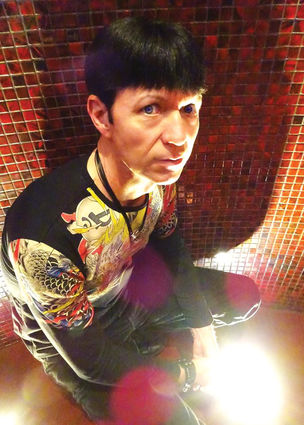 It is that time of the year again and competitors, entertainers and spectators alike are getting ready for the Richland County Fair. Shelling out money for gas, lodging, buttons, tickets, souvenirs, and food can get a little pricey. Fortunately, there is lots of quality entertainment to be had at the fair this year that is free to spectators.

According to their website, http://www.twowaycrossing.com, Two Way Crossing is a band started by Jenny and Blake Marvin in 2014 right after they had moved to Nashville from Denver, Colorado. Their band now has six members and they have been touring for about four years. Their shows are high energy and they play country music with an alternative rock vibe. Two Way Crossing will be playing a free concert on Wednesday, July 31 at 7:30 p.m.

Two years ago the Sidney Wrestling Club approached the Richland County Fair Office staff to suggest that there be wrestling duals held during the fair. It went well, so this year they are doing it again. Wednesday, July 31 at 5:30 p.m., the Sidney Wrestling Club team will be challenging a wrestling team all the way from Germany. The duals will be held inside the Old Commercial Building.

According to his website, http://www.mezmer.info, Michael Mezmer combines his talents as one of the world's top-performing stage hypnotists with his award-winning skills in the field of organic magic phenomena to create amazing performances. With his Trance-Nosis show, Michael's goal is to present the allied arts of hypnosis and magic in a way which people of all ages can learn about and enjoy in a unique theatrical experience. His show is devoted entirely to audience participation so you never know what's going to happen. This is the show where the audience becomes the stars, performing everything from celebrity impersonations to dancing the Riverdance. Every show holds unexpected and entertaining surprises. In his DangerMagik show, Michael presents cutting edge organic magic phenomena that will take the audience on a journey beyond the laws of nature and science. DangerMagik is an amazing show that entertains audiences of all ages. Both shows will be on the stage under the free tent Wednesday through Saturday during the Richland County Fair. The times are to be determined.

Eric E.'s website, http://www.eric-e.com, Eric is a musician that does a huge variety of styles and is a dynamic performer with a unique ability to engage his audience and make them feel personally involved. With only an acoustic guitar and a clear tenor voice, he performs songs that are remembered and loved by listeners of all ages. Music has been Eric's passion since the 6th grade when a teacher would inspire his students by playing for them and offering them free guitar lessons. His first year in college, at age 17, Eric joined a band and, when he saw the way that his original songs could inspire and give joy to people, he knew his life's calling. Since then, Eric E. has been a true blue-collar musician; doing 250 shows a year for 17 years, and over 100 a year since then.

According to his website, http://www.denverballoonguy.com, Jeremy The Balloon Guy has been twisting balloons into unique sculptures and custom latex artwork for over a quarter-century. He has been to the Richland County Fair numerous times and is coming back this year. He and Eric E. will be performing in the Old Commercial Building. Jeremy will be there from Wednesday to Saturday, while Eric will only be there from Thursday to Saturday. The times of their performances are to be determined.

Mr. Blank Slate, the interactive live paintable man will be strolling around the fairgrounds Thursday through Saturday. The times of his performances are to be determined.