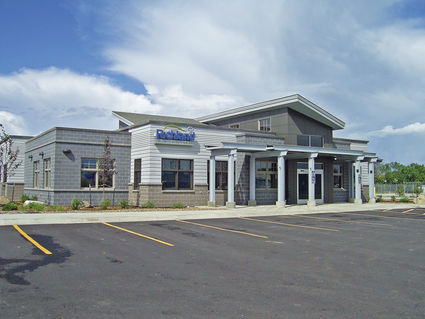 The foundation of RFCU was built around the Farmers Union Oil Company principles. The field of membership needed a common bond. It started as agriculturally based and promoted thrift among its members. Members needed money in their savings in order to borrow more. The credit union was started after the depression when confidence was low in the banking sector. This created the need for additional services such as life saving insurance product.

Since that time, Sidney's credit union has experienced steady growth to get where it is today. In June 1974, the name was changed to Richland Federal Credit Union (RFCU) and in 2002, the Culbertson branch was opened. In 2009, the Sidney RFCU moved to its third location since it was established. The modern, energy efficient facility is located at 201 W. Holly Street.

Even though many things about the Richland Federal Credit Union have changed, the founding principles have remained. These principles, or tenents of a cooperative, include member ownership, one member - one vote, not for profit, cooperative, volunteer directors, democracy of members, member education, social responsibility, commitment to service and, first and foremost, people helping people.

The volunteer directors take on the task of setting the policies of RFCU. Upon expressing interest in volunteering, each director is elected by the members at the annual member meeting. The Richland Federal Credit Union's current directors are Beth Redlin - Chair, Toby Panasuk - Vice Chair, Daryl Norgaard - Director, Al McGahan - Director and Amanda Seigfreid - Director.

Today, RFCU serves over 5,000 members in and around Richland and Roosevelt counties and is an 89 million dollar financial cooperative. The qualifications for membership are to live, work or worship in Richland or Roosevelt County or live within a 25-mile radius of Sidney.

RFCU is always looking for ways to better serve its members. "We are always chasing technology to add to our full service financial institution," stated Kevin Mayer, Manager/CEO of Richland Federal Credit Union. The credit union is very active on social media. "We enjoy communicating with our members on Facebook and Instagram," said Mayer. They are also launching a new website soon and have a smartphone app for banking services.

RFCU has also added the new Kasasa Cash®, Kasasa Tunes® and Kasasa Cash Back® free checking accounts. In addition they have new debit cards with CardNav technology. CardNav technology enables superior control, security and financial visibility via your mobile phone. It also lets you manage your cards on the go with an intuitive mobile app. Members can control when and where the cards can be used, as well as view and act on instant alerts when transactions are processed. Card management functions are available such as turning the card on or off. "We want members to take ownership of their own financial future," Mayer commented. 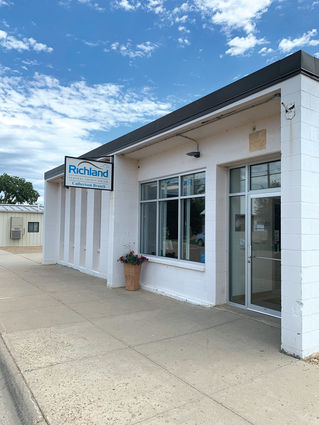 The Credit Union's Culbertson location is at 18 East 2nd Street.