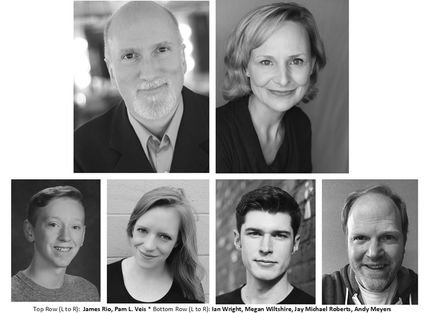 Audience favorites Pam L. Veis and James Rio play the roles made famous on film by Katherine Hepburn and Henry Fonda. This touching, warm and witty story centers around Ethel and Norman Thayer as they spend their final summer on Golden Pond! Veis' many memorable FPST roles include Daisy in Driving Miss Daisy, Louise in Always...Patsy Cline and M'Lynn in Steel Magnolias, as well as directing Rio in Man of LaMancha. A founding member of Arizona Broadway, Rio appeared internationally in The Phantom of the Opera, and directed last season's Leader of the Pack.

Director Dan Sharkey, who is a veteran of many Broadway productions, including The Music Man, Bridges of Madison County and Spider-Man; Turn Off the Dark, makes his FPST debut!

Don't miss opening night for some special announcements about the 2020 season!

For more information call 406-526-9943 or visit our online box office at fortpecktheatre.org