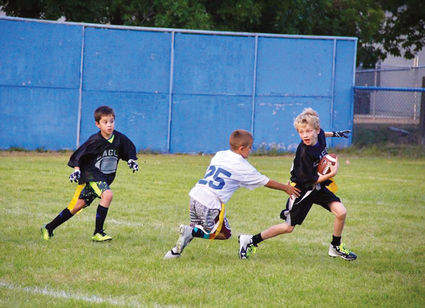 The Sidney area flag football league is in need of volunteer referees for the fast-approaching 2019 season.

Flag football has relied entirely on volunteer referees and coaches for nearly twenty years. The league is open for third and fourth grade students from all areas, and calls on community members to ensure the kids are able to play. "We absolutely cannot play without a referee," said Colleen Haralson. Colleen and her husband, Rance, have coordinated the league since the mid-90s. "We need two refs for each game because there's so much to watch. You've got to watch whether the players are guarding their flag; diving for the flag; watching the sidelines," she said. "It's pretty intense."

Though the games are intense, Colleen assures the expectation of the volunteer refs isn't as intense. "They have to know the game, know the rules of flag football, but most importantly, they have to come and watch the game," she said. "Everybody is human. We always stand behind the refs. It's an intense game and if they make a mistake, it is what it is," she assures.

The league usually has two games per night on Monday, Tuesday and Thursday, and the season runs about six weeks. "If a ref can make it to one game here or there, that's fine. They don't have to commit to three days a week," Colleen explained. Refs can volunteer for a specific day of the week, or the earlier or later game, or both. "We're not picky. Whatever anyone is willing to do, we're more than happy to accept their help," she said. 2018 coaches included Cory Wheeler, Bill Brenner, Gordy Torgerson, Chris Carver, and Jeff Hintz. Rance steps in as well when needed. 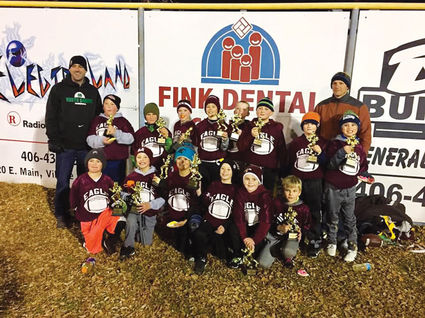 For nearly two decades, the flag football league has allowed younger students to learn the rules of football and good sportsmanship. "We try to make it such a positive program and such a good thing for kids to learn to play together as a team," Colleen said. The most rewarding part, she said, is "the kids progressing from the first night, where they don't really know how to play, to the end, where they can complete passes. They make all sorts of advances," she said.

Both kids and referees from any area are eligible to play or volunteer. Currently, the league has participants signed up spanning from Savage to East Fairview. Games take place at Moose Park in Sidney, on Mondays, Tuesdays and Thursdays, and the league lasts about six weeks. All games are scheduled in advance, so both players and refs receive a schedule.

To volunteer as a referee or inquire about the opportunity, contact Rance or Colleen Haralson at 406-482-2680.