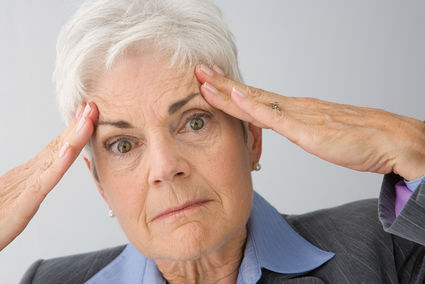 Did you know that the phrase 'senior moments', which means a temporary lapse of memory, first made an appearance in 1996? The staff of Webster's New World College Dictionary made it the word of the year in 2000. The term seems to poke gentle fun at us older people, but it does give us an excuse when those annoying lapses of memory do occur, which seems to happen more frequently than one would like.

Before we get to the point when we start to worry about those memory glitches, we tend to find the situation humorous. A few decades ago when I was younger and a lot more energetic, I worked for a farmer who developed the habit of calling friends and neighbors 'Chief". People would stop in at the farm, stay and chat for awhile, and my boss would talk cheerfully and almost without fail interject the words 'ok, Chief or "you've got that right, Chief' or some such other phrase that inserted the word 'chief' into the conversation. I thought it was funny, and because this man had a flamboyant personality and liked to take center stage, I figured it was his way of standing out in the crowd.

One day he dispelled that myth and admitted to me that many times he had trouble pulling up the right name at the right time. Since he couldn't remember someone's name at the moment, even though he might know the person quite well, he decided to start calling everyone Chief to cover his memory lapses.

Again, at the time I thought it was hilarious, but with the passage of time, I no longer find this inability to dredge up a name at the drop of a hat humorous in the least. This same appalling lack of name memory (along with other lapses of memory that have nothing to do with names) has struck me as well. When I struggle to recall a name, all sorts of trivia about that person comes to mind, but the name refuses to surface. A few months ago I was trying to remember the name of a person I know well but whom I have not seen for several months. I could remember all sorts of facts about this lady, but her name totally escaped me. I asked an acquaintance "what is the lady's name who used to work at the Mercantile, married Ernie the electrician, lives just outside of town, has short red curly hair and owns the black and white dog named Cassie?" I knew all the trivia, but I could not retrieve the lady's name out of my memory banks to save my life.

As soon as I finished the litany of facts I did remember about this woman, her name popped into my mind. Trust me, I have NOT forgotten that name again, but it illustrates my point about the nebulous nature of recalling a name on the spur of the moment, even of someone I know rather well.

The good news about this is that Reader's Digest informs me that forgetting names does not mean I've gone senile, but is a natural consequence in people who have a few years under their belts. Older people really do have more difficulty recalling names, especially names of people they do not see on a regular basis, and as older people we notice this appalling forgetfulness and wonder if we will be the next victim of dementia. Generally, it means no such thing, it just means we have a little age on us. I suppose that ought to make me feel better, but it doesn't erase the humiliation of looking at someone I KNOW that I know but for the life of me I cannot come up with the name to fit the face.

Other bits of trivia escape me as well. I know a particular word but I cannot pull it up when I need it. For instance, I know very well the word used to describe a multiple approach to controlling noxious weeds, that word they use that I can't remember that describes using a combination of spraying, plant-specific insects, weeding or hoeing, and grazing livestock, all used together to control an unwanted weed.

Unfortunately, when this embarrassing situation occurs, the name I needed or the descriptive word I wanted usually surfaces later when my thoughts have moved on to something else, or I recall the name or the bit of trivia at 2:30 in the morning during one of my bouts of insomnia.

I like to tell myself that I have so much information stored in the filing cabinets of my brain that it just takes awhile for my brain to scroll through the wealth of information, find the right cubicle where I stored that little nugget of fact that I am searching for, before it can dredge up the information I seek.

When name recall fails me, I think I need to take a cue from my former employer and find a suitable word that adequately and politely negates the need to come up with a name. So, if I am chatting with you and I call you 'Amigo', or 'Captain', or 'Friend' or some other moniker, please just nod and smile and go along with the joke. Eventually I will remember your real name, if that is any consolation.