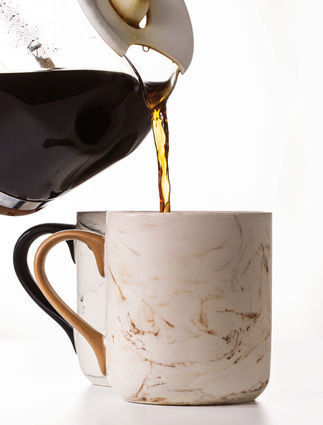 For all those coffee lovers out there, get ready because September 29 is National Coffee Day.

National Coffee Day started as a way to promote and celebrate coffee as a beverage. There are events that take place all around the world. The day is also a way to promote fair trade coffee, as well as a way to raise awareness for the difficulties that coffee growers face.

According to the National Coffee Association (NCA), no one knows the exact origin of how coffee was discovered, but there seems to be a lot of legends surrounding it.

One Ethiopian legend says that a goat herder Kaldi was the first to discover what the coffee bean could do. The story is that he noticed his goats had become so energetic, they didn't want to sleep after eating berries from a certain tree.

It's said that in 1714, the Mayor of Amsterdam gifted a coffee plant to King Louis XIV of France. Years later in 1723, a naval officer got a seed from the King's plant. He then managed to transport it to Martinique.

It's credited with the spread of over 18 million coffee trees on the island over the next 50 years. From there, travelers, traders and others followed suit and brought coffee seeds to new lands.

Plantations were established all around the world. Some of the crops did well while others were short lived. By the end of the 18th century, coffee had become one of the world's most profitable export crops.

It's estimated that over three billion cups of coffee are consumed each day. Coffee has become such a staple in some cultures that the Swedes have a word, Fika, which is a concept they find so important to their culture, they practice it nearly every day.

Fika means making time for friends and colleagues to share a cup of coffee (or tea) and a little something to eat.

NCA is working with scientific experts to gather information on how coffee can be used for health benefits. They highlighted on their website key findings related to cancer, longevity, cardiovascular disease, liver health, diabetes and stroke.

Whether you drink lattes, cappuccinos, breves, americanos, or just black coffee, take the time to really appreciate your coffee on September 29.