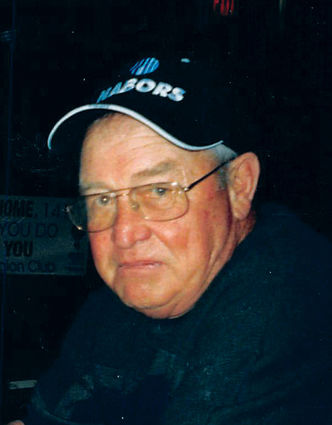 A visitation for Clarence J. Jore was held Wednesday, September 18 from 1-5 p.m. with a prayer service at 4 p.m. at Fulkerson-Stevenson Memorial Chapel in Watford City, ND. Remembrances, condolences and pictures may be shared with the family at http://www.fulkersons.com.

Clarence Jore was born February 27, 1937, at Chimney Butte near Keene, North Dakota, to Almer and Della Jore. He lived in town in Watford City with his mother and father until his father passed away and then eventually moved out in the country where his mother Della married stepfather Ted Nyland. He was a star athlete at Watford City high school graduating with honors in 1955. He then received a scholarship to Minot State University where he was again another star athlete, and played with the likes of legendary coach Dale Brown of LSU. Clarence earned his degree in education and started teaching in Wyoming and Montana. He met Carlotta Wing while teaching in Montana. They were married after having moved to Glasgow, Montana, where he took a job on base to better support his new wife. He was one of the only civilians to get the job of fire safety inspector at Glasgow Air Force Base in 1975. It was here that their son Jason was born. Then just three years later Carlotta passed away from a brain aneurysm and Clarence was left to raise a son on his own. As a single dad, he went to work on the oil rigs to make more money until eventually landing a job with Texaco, where he worked proud and hard just to support his son. Clarence retired from Texaco after 22 years and went on to do what he loved: golfing, fishing, and hunting with his friends.

Clarence was preceded in death by his father Almer, step father Ted Nyland, his mother Della Nyland, and his two sisters Caroline Hartman and Betty Pittsley.

Clarence is survived by his son Jason (Tony) Jore, grandchildren Abby White and Maranda Taylor, his great grandchildren Liam Taylor and Aurora White, as well as many nieces and nephews.