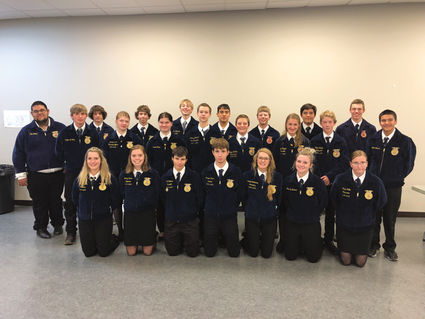 Each year in October, Watford City FFA members along with contestants from nine other chapters compete in Stanley during the District Leadership Conference. We were represented well with 23 of our students who attended, along with chapter advisors Mr. Wisness and Miss Gunderson. We took 5th place as a chapter with all of our points added up, behind Ray, Berthold, Powers Lake and Stanley.

The most competitive event at districts is always Parliamentary Procedure, where students exhibit their knowledge by doing the opening and closing ceremonies and demonstrating 10 laws of parli pro. Competing were our chapter officers, who earned a silver as a team. As individuals, vice president Cassidy Belcourt, secretary Isabell Boekelman, reporter Laney Hartel, and sentinel Connor Cross earned silver. 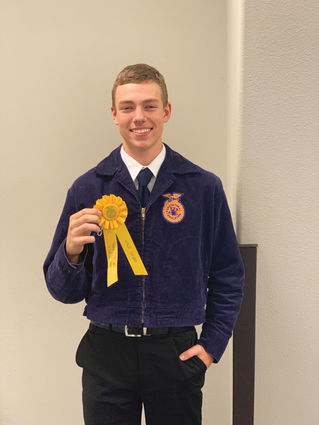 Kristen Clark demonstrated how to make ice cram and Alex Highley gave a prepared speech, both students were awarded a bronze. Savanna Olson competed in employment skills by doing a mock job interview and won silver. Ian Lewis competed in extemporaneous speaking and received gold as well as winning second place overall which qualifies him for state!

District Leadership is always a great opportunity for our members to learn and develop necessary leadership skills. Good job to everyone who competed.