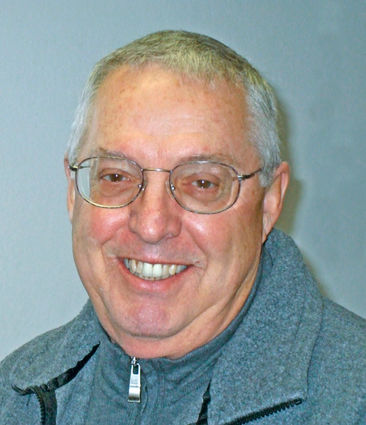 He was a 1963 graduate of Goodrich, MN, High School and attended Dickinson State College, Dickinson, ND.

He married Linda Bolken, Alexander, ND, at St. Patrick's Catholic Church, Dickinson, ND, on February 19, 1966. They made their home in Dickinson where he was the wire editor and sports writer for the Dickinson, ND Press.

In 1967 he became the youngest editor at the age of 21 in the state of Montana when accepted an editor position at Sidney Herald, Sidney, MT. Under his guidance the weekly newspaper grew to a twice-weekly publication. He next followed his Sidney Herald publisher, Bob Keller, to Livingston to become the editor of the daily newspaper, Livingston Enterprise, Livingston MT. His first challenge was with a union print shop, which he was not familiar with but conquered.

He then moved to Big Timber to work with the Big Timber Pioneer and opened his photography studio focusing on senior photos and weddings.

In 1982 he moved his family back to North Dakota where he managed for Williston Cable TV, Williston, and did advertising consulting for Williston Basin State Bank.

In 1983 he returned to Sidney to become the publisher of a newly created Richland Free Press. He spearheaded the publication for one year and then opened another new publication called Richland County Leader, which was purchased by Wick Communications in 1988.

The Roundup had grown out of its facilities so Russ began looking for a new office space. He purchased the vacant Yellowstone Mercantile in 2010 and designed it into a mini mall along with its own Italian restaurant.

Preceding him in death: his parents, Joe and Marilyn Wells and one sister, Robin Wells.