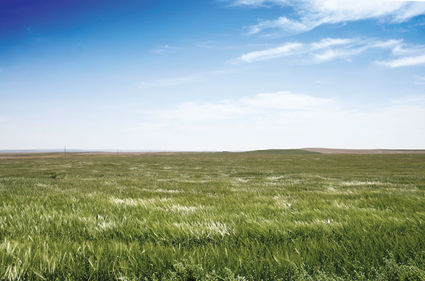 A recent survey shows that Montanans' understanding of noxious weeds and ways to stop their spread has increased over the past 25 years.

Bozeman – Farmers and ranchers in Montana are often intimately aware of the dangers posed by noxious weeds, but the general public's knowledge of invasive species has also increased due to education and outreach efforts over the past 25 years, according to a recent survey.

The survey follows up an initial survey done in 1994, which determined the level of public knowledge at the time in order to gauge education needs. The 2019 survey was administered by Eric Raile of the Montana State University Human Ecology Learning and Problem Solving Lab; Jane Mangold of MSU Extension and the Department of Land Resources and Environmental Science in the College of Agriculture; and Shantell Frame-Martin of the Montana Noxious Weed Education Campaign, or MNWEC. Both surveys were funded by the Montana Noxious Weed Trust Fund, which is overseen by the Montana Department of Agriculture.

"The goal of that first survey was to gain insight into the level of knowledge that Montanans had about noxious weeds," said Frame-Martin. "We found out that there wasn't a whole lot of knowledge, so that was when the MNWEC was formed."

The MNWEC, housed in the Department of Land Resources and Environmental Sciences at MSU, is a cooperative effort among state and federal entities and non-governmental organizations that seeks to educate Montanans about noxious weeds, encouraging them to participate in integrated weed management.

Since 1994, the MNWEC has used billboards, pamphlets, educational classes, newspaper articles, and radio and television advertisements to increase knowledge across the state. Recently, it has focused on key audiences like recreationists and hunters who spend a lot of time in Montana's natural areas and may accidentally spread noxious weeds. They also developed educational materials for real estate professionals.

Noxious weeds infest nearly 8 million acres of Montana, said Frame-Martin, and something as simple as walking or driving through a patch of noxious weeds without washing shoes or vehicles afterward can spread the weeds to areas that haven't yet been exposed. Of particular concern are medusahead and ventenata, invasive grasses that are detrimental to rangelands because they decrease the amount of forage available for livestock and wildlife.

More than 800 Montanans responded to the newest survey. Of those, nearly half reported they drive on dirt roads or across fields, 41% reported that they routinely go hiking or backpacking, 37% work outside or in fields, 24% fish and 17% hunt. All of those are outdoor activities that, without proper awareness, can spread noxious weeds.

About half of respondents, 48%, said that they have "little to no" knowledge of noxious weeds. While it seems like a large proportion, it is an improvement over the 1994 survey, where 67% of respondents indicated they knew little or nothing about noxious weeds.

However, 73% of respondents were able to name at least one species of noxious weed, and at least 80% identified loss of wildlife habitat and biodiversity, increased wildfire and loss of native plants as particularly concerning impacts of noxious weeds, showing awareness of the impacts the weeds can have.

Nearly half of respondents said they do more now to prevent noxious weed spread than they did five years ago, which Frame-Martin said is encouraging. While all the numbers might not yet be where the researchers hoped, she said they are moving in the right direction. When it comes to environmental issues, educating people about the behaviors that contribute to the problem is critical, she said, and Montanans who know about noxious weeds are more likely to do their part to help stop the spread.

"The results that we gained are encouraging," Frame-Martin said. "The trends in our data show that knowledge has increased."

One of the less encouraging results from the survey for Frame-Martin was the trend of younger adults and female respondents tending to know less and show less interest in noxious weeds. But, she said, this finding will help the MNWEC adapt its educational efforts to engage those groups.

"Everybody has the capability and capacity to help stop noxious weeds," Frame-Martin said. "We all love Montana, and we live here because of the great recreational opportunities. We need to protect those for future generations. Making sure that knowledge is out there and that everybody can do their part is essential."